A 30-year-old woman handed over a token of divorce to her husband last week after she was caught between the sheets with a married lover in Kentucky Cottages near Robert Gabriel Mugabe International Airport. 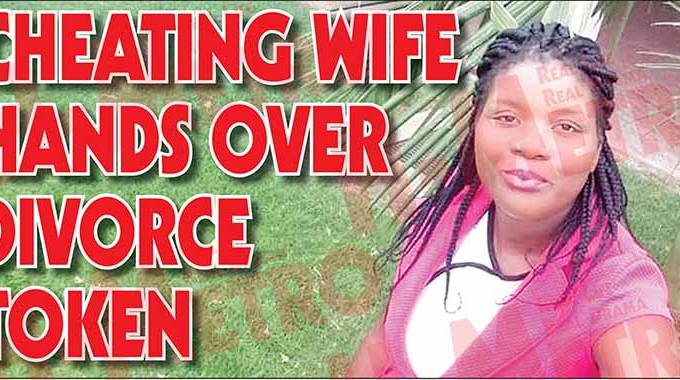 Abigirl Bhimbiri argued that she was not aware of what her husband Mubati has been doing in Guruve where he is a police officer.

She confirmed accommodating her married lover Tonderai Mukobo who resides in Hatfield.

“We lived separately with this guy for some time only to return claiming that I am his wife because he paid lobola,” said Bhimbiri.

“He was enjoying himself where ever he was and people to blame me about this is just like tarnishing my image.

“Besides, there is a family garage within our family,” said Bhimbiri, a mother of two children.

Mubati was reported to have cried when he caught the two between the sheets and decided to leave them to spend the better part of the night defiling his bed.

“I am stationed in Guruve and upon returning home, I arrived around midnight and found the two in my bedroom,” said Mubati.

“I was shocked and I lost energy that I realised the consequences of taking the law into my hands, besides that the man looked physically fitter than me.

“I was emotionally affected and concluded that my wife needed spiritual deliverance.

“What I saw best was to leave the two doing their shit and visited her aunt and narrated everything.

“We returned to the house with family members and the boyfriend was still there and she openly told me before family members that she had decided to separate with me.

“Our two children are now living with my aunt and I have nothing to do but to move on without her.

“It’s a bitter pill and I didn’t want this story published considering my job and status,” said Mubati.

Mukobo confirmed his illicit affair with Bhimbiri saying the latter told him that she had separated with Mubati.

“Brother the truth is l dated this lady for nine months, she told me she divorced almost two years ago,” said Mukobo.

“Honestly speaking I won’t be in love with some body’s wife.

“To my surprise the man came and claimed to be the husband of Abigirl so that is the story in a nut shell .

“He did not assault me and the lady also confirmed the divorce in front of her relatives by giving Mubati a token of divorce.

“That is what transpired on the day in question,” said Mukobo.

One of the close relatives who attended the family meeting told H-Metro that the Bhimbiri family members’ spirited efforts to plead with Bhimbiri not to hand over a token out of divorce in anger were in vain.

They went on to threaten Bhimbiri of approaching her bosses at her work place to terminate her contract but Bhimbiri was not moved about their decision.

Bhimbiri and Mukobo were captured some videos and photographs during the family meeting. H-Metro

Residents appeal for letters to go to toilet