A teenager who killed teaching assistant Lindsay Birbeck and buried her body in a cemetery has been jailed. 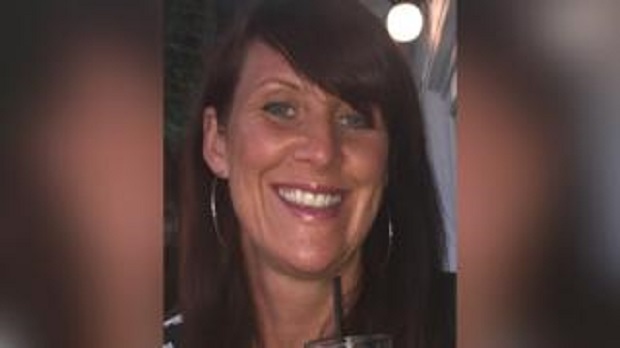 Rocky Marciano Price, 17, was caught on CCTV pulling a wheelie bin with Mrs Birbeck’s body inside before she was found in a shallow grave 12 days later.

Price, who previously could not be named, was convicted of her murder on Wednesday.

Mrs Birbeck, 47, was found dead at Accrington Cemetery on 24 August 2019 after a major police search.

Her family had initially thought she had had an accident while on a walk, but as the search progressed they feared the worst.

At Preston Crown Court the judge, Mrs Justice Yip, jailed Price for life, with a minimum tariff of 16 years in custody.

“The attack was swift and brutal. I am sure the defendant lay in wait with the intention of killing a passing woman,” she said.

“Why he decided to kill her only he knows. If it had not been Lindsay Birbeck, it could have been someone else.

“This was the entirely random killing of a stranger.”

‘Prowling for females’
Price’s trial heard how Mrs Birbeck left her home in Accrington for a walk to a nearby wooded area known as the Coppice.

The defendant, 16 at the time, had been prowling in the woods looking for lone females and is thought to have killed her shortly after she entered the Coppice, the jury was told.

His victim was later discovered wrapped in two plastic bags in the makeshift grave, after she went missing on 12 August.

A post-mortem examination concluded Mrs Birbeck died from neck injuries, which could have been applied through stamping or kicking, or kneeling on the front of the neck, a court heard.

An attempt had also been made to cut off a leg, possibly with a saw.After police issued the CCTV clip of a young male pulling a blue wheelie bin behind him on Burnley Road, Price’s parents took him to a police station, where he was arrested.

The teenager, of Whinney Hall Road, Accrington, later admitted dragging the bin from the Coppice on 17 August, with Mrs Birbeck inside, across Burnley Road to the cemetery.

Price, who has autism and learning difficulties, had claimed to police he had in fact buried the body for a stranger, who had promised him “a lot of money”.

However, a jury unanimously rejected his account that the mystery man had offered him a large cash reward if he disposed of a body.

Mrs Justice Yip said that while Price’s autism had a significant impact on his communication skills and reduced his capacity for empathy, it certainly did not cause him to be violent.

“In my judgment, the defendant’s mental disorder cannot in any way excuse, or even explain, his actions,” she said.

“I have no doubt he knew what he was doing when he killed Lindsay Birbeck and that he knew that killing her was terribly wrong.

“His actions after the killing clearly suggest he had the capacity to plan and reason.

“The defendant was also capable of putting forward a story which, while incredible, was designed to explain the evidence against him.”

‘Murdered for no reason’
Jurors returned their verdict exactly a year after Mrs Birbeck, a mother-of-two, was last seen alive.

Her daughter Sarah, 17, said it was “unforgivable” Price had not admitted his guilt and spared her family the pain of a trial.

“My mum was a higher level teaching assistant and the irony is she would have taught boys like the defendant and would have tried her best to help him,” she said, in a statement read to the court.

“To know now that he murdered her for absolutely no reason is heart-breaking and has not sunk in yet.”Her daughter recalled how the family initially believed she might have had an accident while out walking.

“But, once mountain rescue had done their search I think deep down I knew it was going to be something bad,” she said.

“My mum would not leave us out of choice, I knew that.”

Det Insp Tim McDermott, from Lancashire Police, said Mrs Birbeck “lost her life needlessly,” adding “we may never know why because not only did Price deny killing her, he claimed he moved her body for a man he didn’t know”.

“This was a lie which thankfully, the jury saw straight through,” he said. BBC News