Zimbabwe’s stock market will resume trading next week after a state financial intelligence body concluded its investigation, but three dual listed stocks, including the local unit of Old Mutual will remain suspended, the finance minister said on Tuesday.

The government suspended trading on the local bourse last month saying it was being used by black market traders to undermine the Zimbabwe dollar currency. Reuters 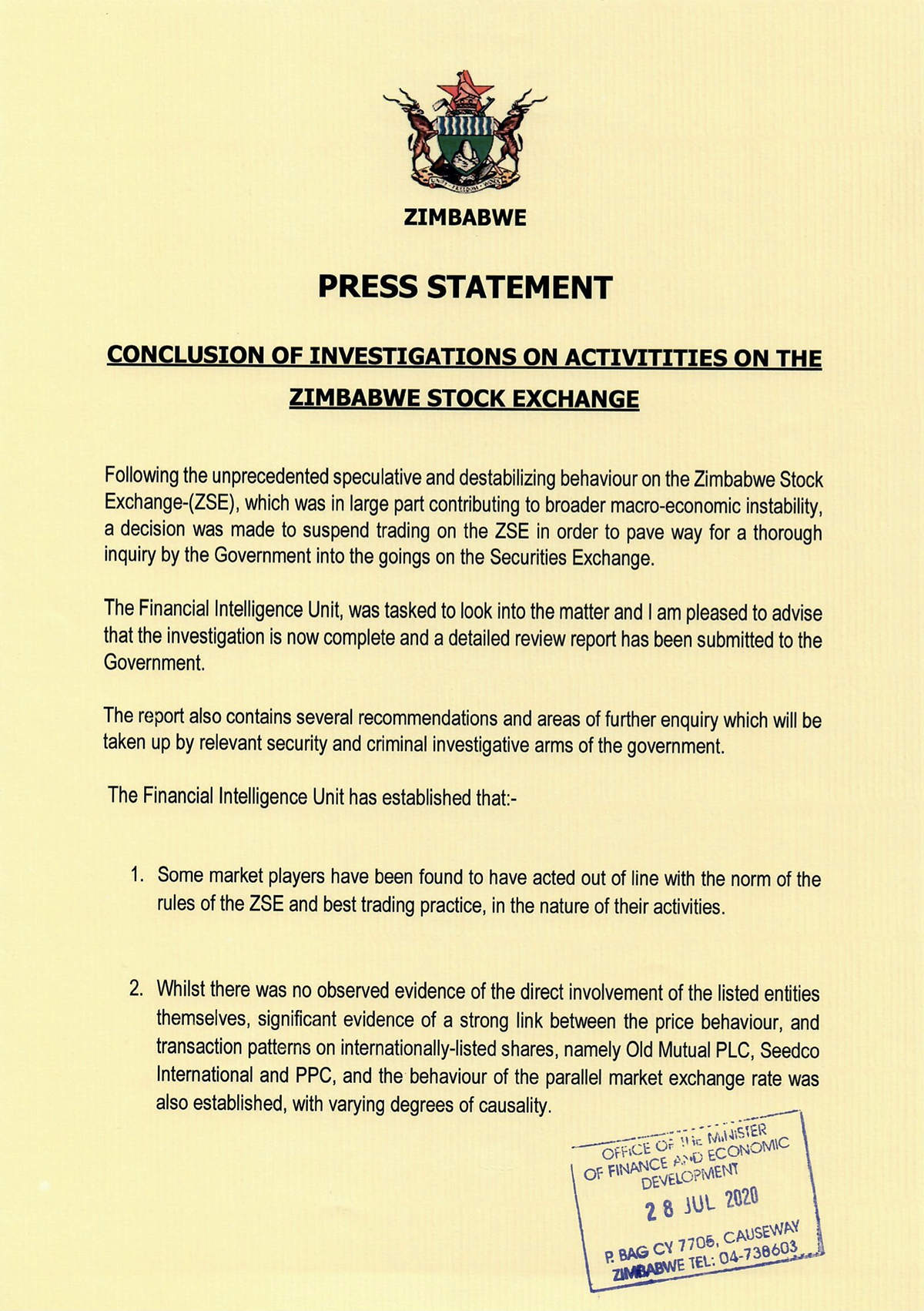 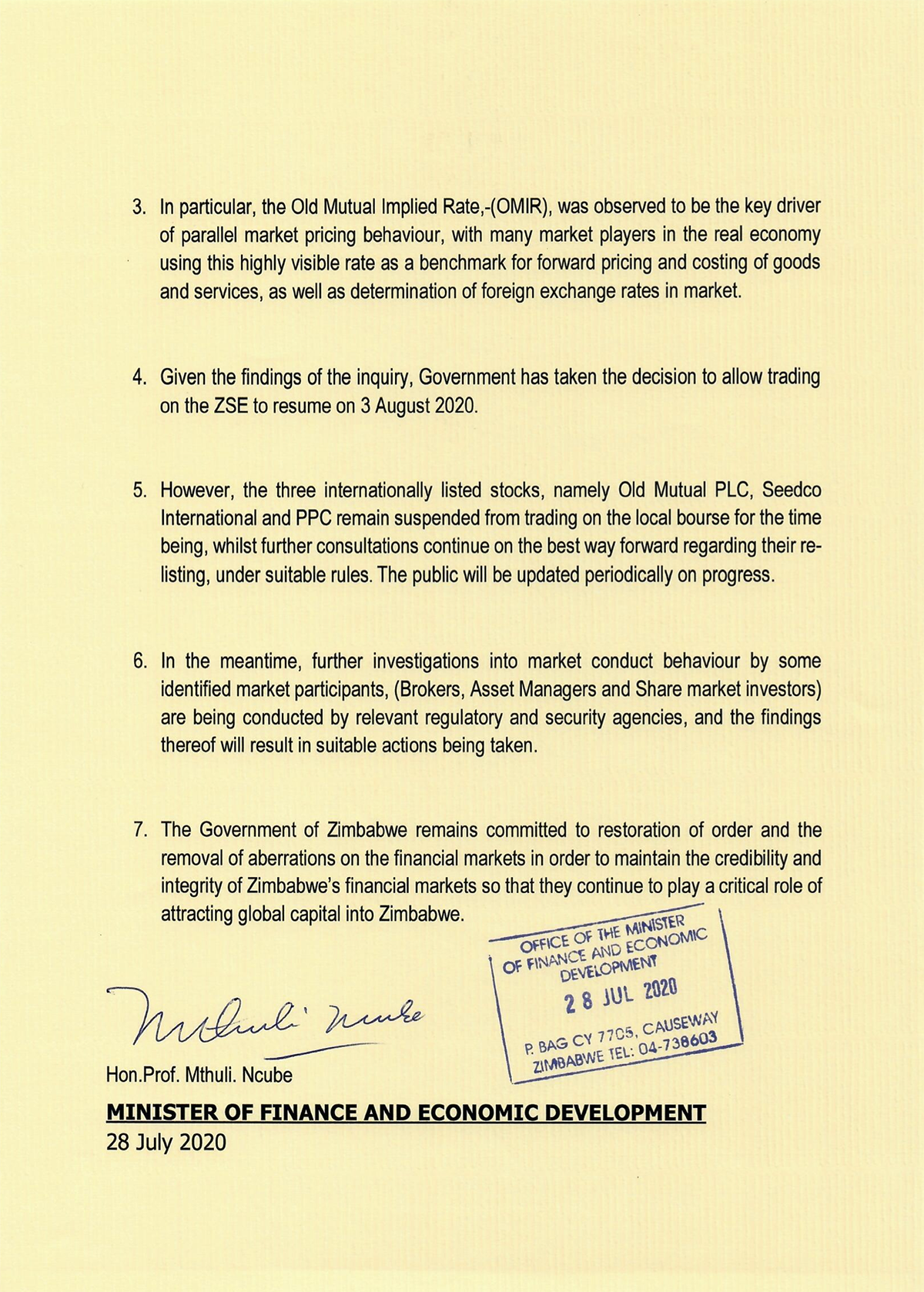 Eddie Cross: Why I stay in Zimbabwe when so many whites have left