Police have arrested a woman in Bulawayo on allegations of facilitating and processing fake driver’s licences. 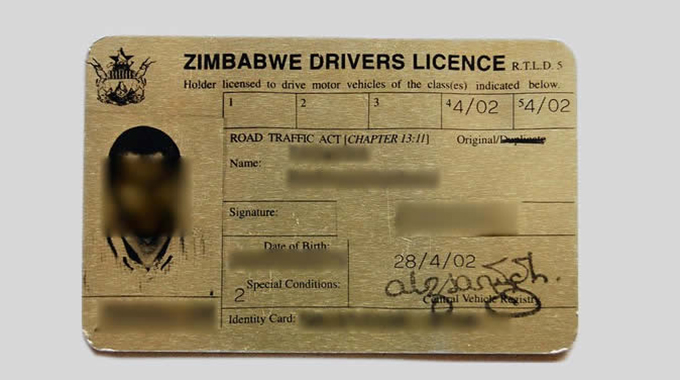 The woman, whose name was still being withheld, was operating with two other men who have since gone into hiding.

She was arrested after police got a tip off from the public that she was processing and issuing fake Class 2 and 4 drivers’ licences.

National police spokesperson Assistant Commissioner Paul Nyathi said they had since launched a manhunt for the other two suspects.

“The ZRP applauds members of the public for information which led to the arrest of one female accused person for fraud in Bulawayo,” he said.

“The accused person was operating in cahoots with other two men who are still at large.

“The trio processed and issued fake drivers’ licence for Class 2 and 4 charging people in US dollars. We advise members of the public to obtain their drivers’ licence discs only from CVR through the legal channel.”

Fraud cases have been on the increase countrywide and police have been warning members of the public to be wary of such cases.

In April last year, police launched a manhunt for a fraudster called Changamire Mukando who duped two people of over $39 000 after making them believe that he was a Vehicle Inspection Department (VID) official and could assist them to buy vehicles that were being auctioned by the department’s Bulawayo depot.

A food outlet at Machipisa Shopping Centre in Harare recently lost food and drinks worth over $4 300 to two conmen who duped the employees into believing that they had made a payment through the Real Time Gross Settlement (RTGS) system at a local bank.

Police recently arrested three suspected fraudsters on allegations of creating fictitious EcoCash messages, which they used as proof of payment for various goods. The Herald