Mnangagwa said three opposition activists who were part of a coordinated plan to cause unrest. 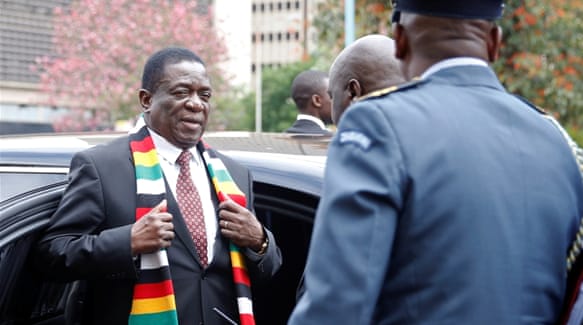 President Emmerson Mnangagwa said on Wednesday that Zimbabwe’s currency was under attack from businesses that were constantly increasing prices and this was part of a wider political plot against his government.

A year after the southern African nation ended 10 years of dollarisation and reintroduced the Zimbabwe dollar, the local currency has tumbled on the black market, fuelling price increases and pushing inflation to 765 percent.

When Mnangagwa took over from Robert Mugabe in 2017 after an army coup, he promised to revive the economy, but life has become harder as people grapple with acute shortages of foreign currency, medicines and food, and unemployment above 80 percent.

“We are witnessing a relentless attack on our currency and the economy in general through exorbitant pricing models by the private sector,” Mnangagwa told a meeting of his governing ZANU-PF party’s politburo in Harare.

“We are fully cognisant that this is a battle being fuelled by our political detractors, elite opportunists and malcontents who are bent on pushing a nefarious agenda they will never win.”

Economic analysts say the government’s budget is under pressure from spending to combat the coronavirus outbreak, which will force authorities to resort to printing money, stoking inflation further.

Inflation is seen ending this year way above the central bank and treasury’s target of 50 percent due to a weak exchange rate and shortages of food following a drought.

Mnangagwa said reports last month of three opposition activists who were allegedly abducted and tortured by state security agents were part of a coordinated plan to cause unrest.

The activists are receiving treatment in hospital and have been charged with taking part in an illegal protest and breaking coronavirus lockdown rules.