Four people narrowly escaped death in Hwange when a five-year-old boy allegedly set fire to his elder sister’s clothes in a wardrobe before the fire spread through the eight-roomed house and burnt all the property. 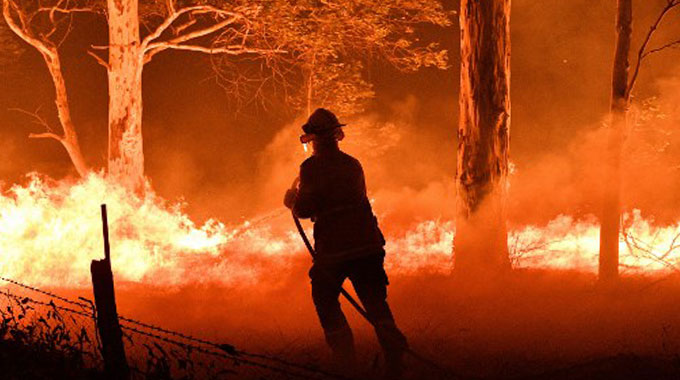 The incident occurred last Friday afternoon at a house in Empumalanga suburb.

The boy confessed that he started the fire with matches in the main bedroom while his 16-year-old sister and maid (30) were in the kitchen. A 10-year-old sibling was in a separate room and all escaped unscathed.

The siblings’ mother who was not at home when the fire broke out around 1pm, was rushed to Hwange Colliery Hospital where she was admitted with shock after she collapsed upon hearing about the fire.

Hwange Local Board chief executive Mr Ndumiso Mdlalose confirmed the inferno but said he was still waiting for a detailed report from the fire brigade.

“Yes, there was a fire but I have to get a report from the fire brigade before I can comment,” he said.

Circumstances around the matter are that on Friday around 1pm, the boy who cannot be named because of his age, allegedly set fire to the family’s eight roomed house which was completely burnt.

His sister and the house maid were in the kitchen when they smelt some smoke in the house. They discovered that there was fire coming out of the main bedroom and alerted neighbours who phoned the Local Board fire brigade.

The fire fighters arrived at the house at 2pm and put out the fire but the entire house had been burnt.

Only three sofas and a kitchen table were salvaged.

Chronicle was told that the boy later told the family members that he started the fire when he used matches to burn his sister’s clothes which were in a wardrobe in the main bedroom.

Matabeleland North police spokesperson Chief Inspector Siphiwe Makonese encouraged members of the public to always monitor minors and ensure that offensive objects are always out of their reach. The value of the burnt property, she said, is yet to be ascertained. The Chronicle