About 100 female returnees and deportees from Botswana who were staying at the United College of Education (UCE) in Bulawayo were last night left stranded after they were dumped at a hiking spot by officials from the Department of Social Welfare.

An official from the Department of Social Welfare (name supplied) allegedly ordered them to vacate the institution following the expiry of the mandatory 21-day Covid-19 quarantine period.

The group was part of the 456 who were recently brought from an isolation centre at Plumtree High School, to provide them with better living conditions and ease crowding.

They were released from the quarantine centre yesterday evening after testing negative for Covid-19.

Initially, authorities had promised them that they would be ferried to their destinations in Zupco buses but yesterday the authorities made a U-turn and decided to give them bus fare pegged at Zupco rates. 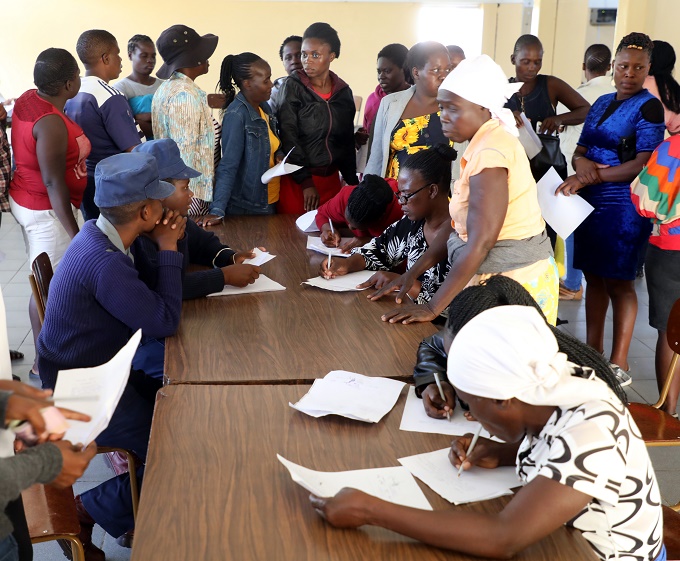 They were, however, given the bus fare around 5PM and subsequently directed to immediately vacate the premises.

Chronicle last night caught up with the stranded returnees at the hiking spot along the Bulawayo-Harare Road near Bulawayo Prisons where they were waiting for transport to travel to their respective homes.

Due to lockdown, most vehicles stop moving around 4PM.

Some of the women had babies strapped on their backs, exposing the infants to the cold weather.

The returnees who spoke to Chronicle last night said they were literally kicked out of the UCE premises by the official. 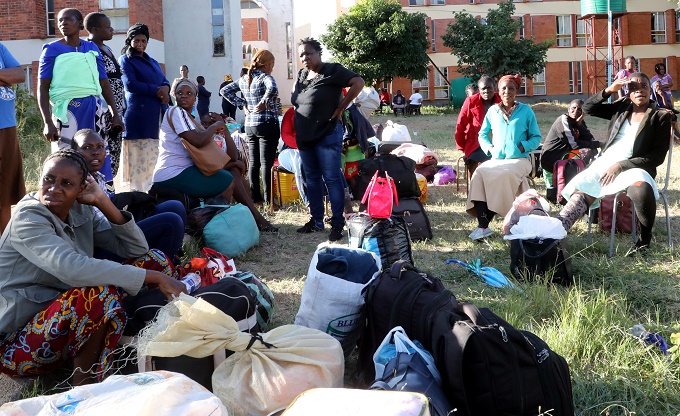 One of the returnees, Ms Yvonne Ndlovu from Gokwe, a mother of a week-old baby, said she literally went down on her knees begging to be accommodated for at least a night for the sake of the baby, but the official was not moved by her plight.

“I voluntarily returned from Botswana where I was employed because I wanted to give birth at home, but ended up delivering at Plumtree High School where we were initially quarantined before we were moved to Bulawayo.

Ms Jerita Gunde from Sanyati who was deported from Botswana had no kind words for the official.

“The kind of treatment that we got today (yesterday) was inhuman. We were told that we had overstayed our welcome before the official ordered us to surrender the blankets that we were given in Plumtree and locked the rooms, which we were using during our stay at the quarantine centre,” she said.

“They gave us bus fare and immediately ordered us to vacate the premises. We tried to plead with them since some of us had babies, but the official refused to listen.” 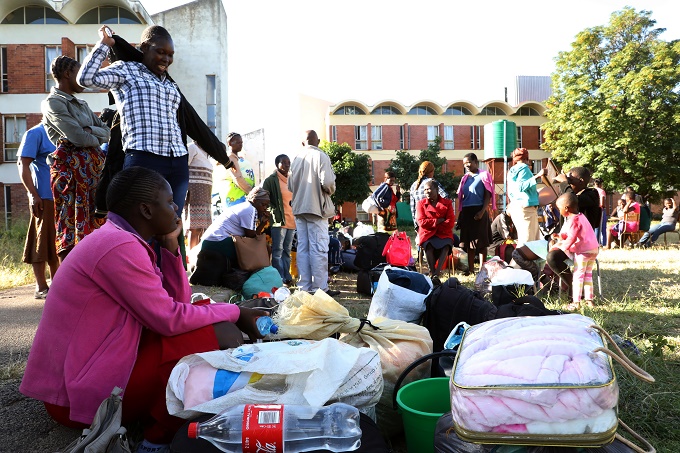 Another returnee, who declined to be named, said she defaulted in taking her antiretroviral drugs after a nurse told her that they could not assist since she had no medical records.

“I was just picked by Botswana police in the streets while doing piece jobs and they deported me. I was never given a chance to collect my belongings including my medical records. I am on ART and since my deportation I have not been taking medication,” she said.

“When I returned home, I was taken to the quarantine centre. I had hoped that health officials would assist me, but they insisted on seeing my medical records.”

Ms Rumbidzai Maguta, a mother of two-months old twins said: “As you can see, I have two month old twins, I don’t have diapers and I am going to Mutare, but I don’t have anything with me and I do not even know how I will raise my babies when I get home because my husband is suffering from cancer.”

Ms Tariro Mwanakwaye who was deported from Gaborone said she was arrested while walking home after work.

She accused Social Welfare officials at UCE of deliberately starving them.

A local pastor, Reverend Pedzisayi Sithole rescued the stranded returnees and offered them overnight accommodation at his house in Famona suburb.

“I came across these people after my wife’s relative who was part of the group of returnees, contacted us upon her release from the quarantine centre. I then discovered that there were actually many others, and it was so touching to see some of them with babies, which is why I offered to accommodate them all at my place of residence,” he said.

“I am aware of Covid-19, but the spirit of humanity comes first under such circumstances and that is what compelled me to render assistance to these innocent souls.”

Deputy Minister of Public Service, Labour and Social Welfare Lovemore Matuke said they resorted to offering the returnees bus fare after some of them declined to be taken to their homes in Zupco buses.

“We had some rowdy characters who were pushing to be given bus fare yet we had initially agreed to hire buses for them. The other challenge is that these returnees are from different parts of the country hence in terms of logistics it was going to be a challenge to transport them,” he said.

“Some of these returnees claimed that we didn’t want to release them yet we were arranging transport for them. We ended up agreeing that we should give them bus fare while those who opted to use our transport could remain behind and be accommodated at the quarantine centre.” The Chronicle

Luke-ing the Beast in the Eye: Covid-19 exposes the fallacy of sovereignty