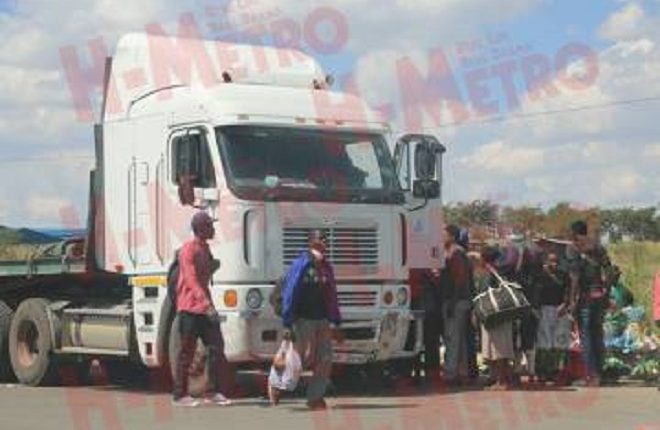 Haulage truck drivers yesterday made a killing from ferrying stranded commuters to their respective destinations along Masvingo Road. 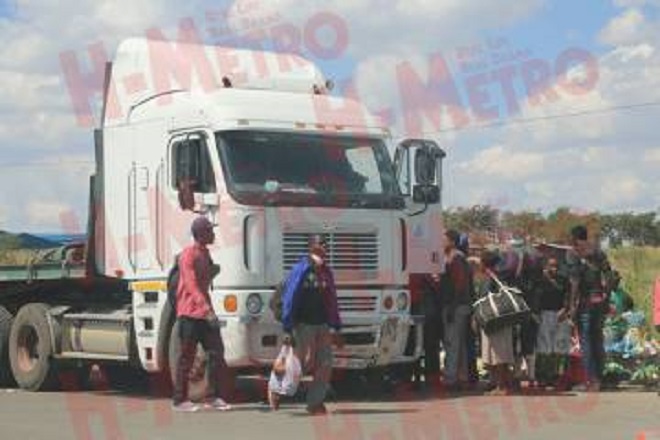 Scores of urban dwellers opted to visit the rural homes during the 21-day lockdown period, which begins today as was announced by President Mnangagwa last Friday.

Touts had to hang onto the trucks negotiating for a reasonable fare since buses and commuter omnibus were charging exorbitant fares.

Mbudzi Marketplace near roundabout along Simon Mazorodze Road experienced a big crowd of people as they rush to their villages ahead of the lockdown marking its day one today.

It could not be established how much the haulage trucks were charging but buses and commuter omnibuses were charging more than 200 bond from Harare to Masvingo.

Social distance or even masks were not a common thing as people jostled to get cheap transport for them along with their goods. H-Metro