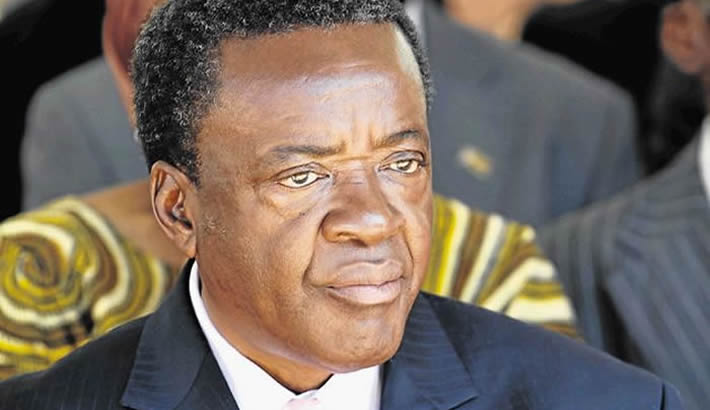 Justice minister Ziyambi Ziyambi and former Zanu PF political commissar, Webster Shamu have been implicated in the violence that rocked the Chegutu ward 2 by-election at the weekend.

According to the Zesn preliminary report released on Sunday, violence broke out after the arrival of Ziyambi in the company of Shamu.

“The political environment in the ward was reported to be peaceful from morning until around 6pm when Minister of Justice, Legal and Parliamentary Affairs Honourable Ziyambi Ziyambi is said to have passed by Madhatter Pre-school polling station in the company of former Zanu PF political commissar Webster Shamu,” part of the report read.

“Zesn observers reported having witnessed the Justice minister reaching out to a Zanu PF agent who was tracking polling proceedings outside the polling station. An altercation broke out with MDC Alliance agents and party supporters with the latter accusing the Zanu PF provincial leadership of trying to ‘rig the election’,” the statement read.

The election lobby group said political parties and their supporters should demonstrate restraint during campaigns and on the election day and desist from any actions that may enhance political tensions during electoral campaigns and polling.

“Tensions between the two political parties’ supporters were reported to have been high during the day with supporters from both parties congregating within 300 metres of the polling station, at different intervals,” Zesn noted.

“This is in violation of provisions outlined under the Fourth Schedule of the Electoral Act which forbids campaigning on election day and also holding party activities within 300 metres of polling stations.”

Zesn said despite the post voting altercations, the preparations for the by-election went according to expected standards which it said was a good practice by the Zimbabwe Electoral Commission.

The MDC retained the seat in the Saturday by-election, with its candidate Charles Chinamira pulling 240 votes against Zanu PF candidate’s Prosper Mutongerwa who got 184 votes.