The untimely death of media personality, Zororo Makamba due to Covid-19 yesterday has shocked the nation and the arts fraternity especially as the danger of the deadly virus dawns on Zimbabweans. 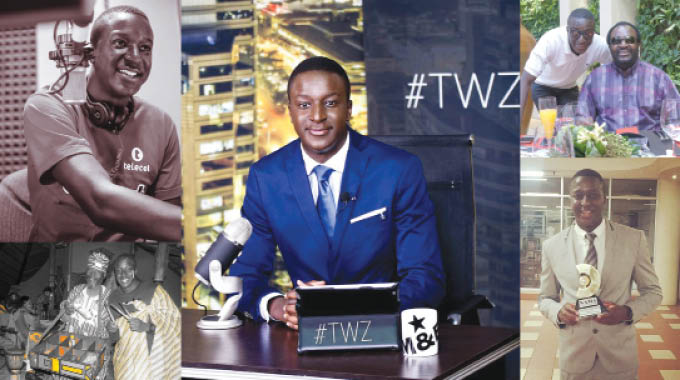 Zororo (30), son of prominent businessman and Telecel founder, James Makamba yesterday became Zimbabwe’s first Covid-19 fatality after he died at Wilkins Clinic in Harare where he had been admitted after exhibiting signs of the virus.

He had travelled to the United States of America where there were 458 deaths related to the virus as of yesterday.

From radio, he, in 2015, quickly moved to television and was the Host and Executive Producer of Tonight with Zororo (TWZ) talk show. Through TWZ, Zororo pioneered the current wave of online talk shows and after a successful launch on Youtube and Facebook, TWZ was licensed by M-Net, Zambezi Magic and went onto to win a Nama for Outstanding Screen Production (Television) in 2016.

Those who worked with Zororo at ZiFM Stereo such as Tendai “Sokostina” Garwe posted heartrending Tweets.

“You are the reason Sokostina came alive. I will forever be grateful; I am lost for words and heart broken. Go well Mukanya,” she posted.

In a follow-up interview, Sokostina who is now with Zimpapers Television Network said she met Zororo in 2012, describing him as a full-of-life character who comforted her when she was in hospital and when her mother died.

“I’m heart broken. He was a person who wasn’t afraid to share brilliance with other people,” said Sokostina.

Media personality, Jeffery Murimbechi who was a scriptwriter for Makamba’s TWZ show said: “This is very painful – to lose a friend. Zororo was an outright amazing guy beyond his talent and achievements.

“I just hope that I’ll wake up and realise this is a bad dream.”

Reflecting on their time together, Murimbechi said Zoro, as most called him, inspired him to take on broadcasting.

“Zoro gave a lot of us head starts in broadcasting as he believed in us and gave us a chance behind the scenes. He kept saying ‘Bro we can do this’ and he saw everyone reaching Hollywood levels.

“He was a humble and well-grounded guy who never saw himself as a star, but a servant of the trade. He served the viewer and the dream. Who couldn’t love that young man who was always cool and polite. We’ve lost a brother and media mogul,” Murimbechi said.

ZiFM Stereo’s parent company, Mighty Movies’ CEO Susan Makore who interacted with Zoro during his stint at ZiFM Stereo said they were shocked.

“We’re shocked at the passing of such a young man who had a bright future. He was a driven person who had so much passion for his profession.

“He was full of ideas, something that I remember him for. Our condolences go out to the family,” said Makore.

MisRed who worked with Zororo at ZiFM tweeted: “I’m hoping you will see my tweet and call me and laugh at me for tweeting too much . . . Please text Zoro.”

National Arts Merit Awards CEO and media personality, Napoleon Nyanhi was at a loss for words.

“We’ve been robbed of possibly the brightest star we had in Zimbabwean broadcasting,” said a distraught Nyanhi.

“We spoke often my friend. But now I have no words,” she said.

Musician Jah Prayzah posted: “R.I.P Zororo Makamba. You will be missed my brother. My sincere condolence to his family and the entire nation which has been robbed.

“To the rest of us, let’s try as much as we can to isolate and sanitize. Corona is real, play your part, the rest we leave to God.”

Other than radio and TV, Zororo also worked in telecoms where he served as public relations executive for Telecel Zimbabwe as well as news and broadcasting assistant at United Talent Agency in New York.

At the time of his death, Makamba was the director and co-founder of Eleven Dogs Inc, a digital media and broadcasting company. He was also the host and executive producer of Point of View with Zororo Makamba; a weekly web based political opinion show.

Zororo held a Bachelor of Arts in Communication from Michigan State University and a Master of Fine Arts in Producing (Honours) from the New York Film Academy. The Chronicle