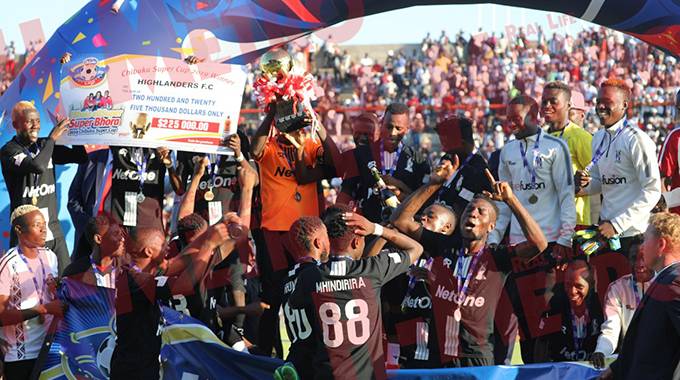 Highlanders have declined the CAF Confederation Cup ticket available to them after winning the Chibuku Super Cup last year.

The cup gave them a ticket to represent the country in the regional tournament but they have turned down the Safari dance.

“Highlanders will not be participating at the Confederation Cup.

“That is what they told us at the AGM. I think they would explain better on the why issue,” said Bare.

The Bulawayo giants are not the first to dismiss the African Safari dance, as they are rumored to be lacking funds.

Bare said they are going to write to the Zimbabwe Football Association (ZIFA) to guide them.

“We are going to write to ZIFA for guidance. We haven’t decided who will replace them.

“We don’t know who should represent the country either the Cup runners up (Ngezi Platinum) or the league runners up (Chicken Inn),”she added.

Last season Triangle represented the country in the tournament. H-Metro