Two top Ministry of Health and Child Care employees were yesterday hauled to court charged with fraud after they reportedly misrepresented to their principal claiming fuel worth $27 000 that was not due to them. 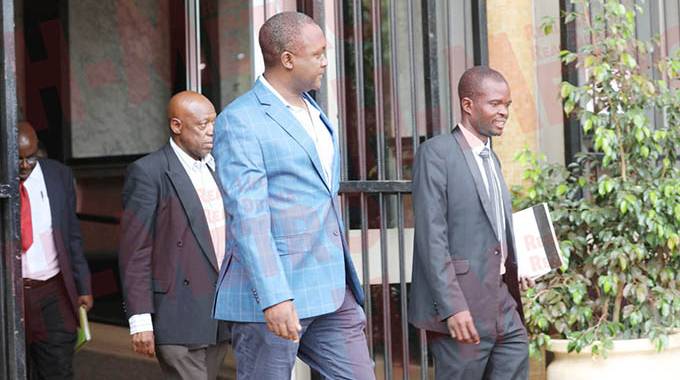 The duo of Douglas Enos Mangwanya, 61, and Simbi Raiva, 43, were not asked to plead when they appeared before Harare provincial magistrate Rumbidzai Mugwagwa.

The two were granted $1000 bail and were ordered to report once a fortnight, to surrender their travel documents and not to interfere with State witnesses.

Mangwanya is the Director of Laboratories Services in the Ministry of Health and Child Care and Raiva is his deputy.

Makonde District has only one hospital, no doctors,…

The court heard that the duo misrepresented to Crossman Mavayo, the Administrator of National Microbiology Reference Laboratory Department under the Ministry that they required extra quantities of fuel coupons as their monthly allocations.

In fact, the duo was not entitled to receive any fuel coupons from the Department of National Microbiology Reference Laboratory since he had already been allocated from the Ministry Head Office.

The two claimed extra fuel coupons without authority from the Ministry’s accounting officer.

As a result of the misrepresentation, Mangwanya received 80 litres of petrol coupons and 720 litres of diesel coupons which he used for personal benefit casing an actual prejudice of $14 931.

As a result of the misrepresentation, Raiva received 80 litres of petrol coupons and 600 litres of diesel which he used for his own benefit causing an actual prejudice of $12 920.

The offences came to light when an internal audit inspection was carried out by the Ministry of Health and Child Care.

Makonde District has only one hospital, no doctors, ‘lab is empty’

‘Unconstitutional, discriminatory to force vaccination as precondition for…