The country’s leading cement manufacturing firm, Lafarge Cement Zimbabwe, yesterday launched the construction of a US$2,2 million dry mortar mix products plant, which is part of its US$25 million capital investment projects. 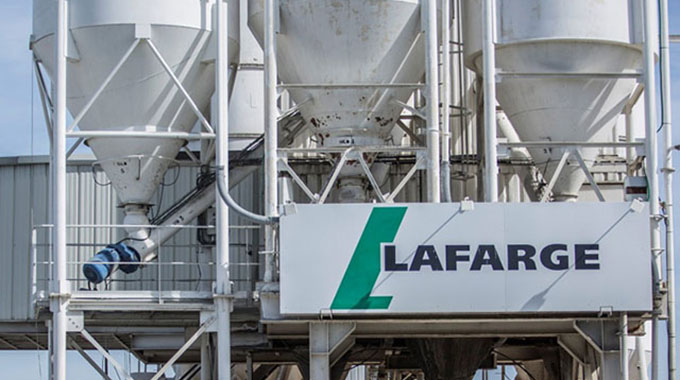 The installation of the modern automated system, which was sourced from Varlik Industries in Turkey, is scheduled to commence in April this year.

Lafarge has been manufacturing dry mortar mix products at a small scale of around 7 000 tonnes per year for some time, competing with other local suppliers and imported products.

The project, which will see production of dry mortars mix products that comprise agricultural lime, pre-sanded cemwash, cemprover and tilecoat, was accorded the national project status by Government in 2019.

In this regard, lime production is anticipated to grow, impacting on the agriculture sector, which is the mainstay of the Zimbabwean economy thereby ensuring food self-sufficiency.

Minister Ncube commended the Lafarge investment drive as a positive step towards “private sector led growth” and import substitution of dry mortar related products that have been flooding the local market in recent years.

“Dry mortars, which will be manufactured on this site, are primarily being imported today. The coming online of the dry mortar plant, will ensure import substitution and spur exports by Lafarge Cement Zimbabwe,” said Minister Ncube while giving his remarks at the launch event.

Adding that the initiative will “contribute to a favourable balance of payment position for the country”, which has been a sticking point in the matrix of the Zimbabwean economy that has gradually been sliding into a net-importer of innumerable goods and services.

The newly appointed Lafarge Cement Zimbabwe chief executive officer, Precious Nyika, said the company intends to double the size of its business by 2022 given the vast opportunity offered to the industry by the rapid growth rate of land development projects across the country.

“. . . the demand for dry mortar mix products has been improving significantly presenting an attractive gap for Lafarge to fill, latching onto this opportunity Lafarge invested a state of the art technology, which will improve DMX manufacturing capacity per annum by 714 percent from 7 000 tonnes to 50 000 tonnes,” she said.

Lafarge’s chairman Mr Kumbirai Katsande said: “The expansion project is three pronged and will include doubling of cement capacity, tripling of agricultural lime capacity as well as automation of the dry motors plant.”

Cement manufacturing is arguably one of the most integrated industries in the economy possessing intertwined linkages with a number of industries including mining, quarrying and agriculture sector through the production of lime.

Lafarge Cement Zimbabwe is a member of Lafarge Holcim and is active in three business segments, which encompass cement, aggregates and Dry Mix Mortars.

It offers a broad range of building materials and solutions to solve challenges that customers face in building individual homes or major infrastructure projects. The Herald

Zim yet to be approached over US$11bn railway project: Minister