A bungled circumcision procedure just before his incarceration at Salisbury Prison in the 1960s left the late nationalist leader and former Zimbabwean President, Robert Mugabe, nursing a swollen and infected penis in jail.

The intimate details of the late strongman’s much-rumoured medical condition were revealed by the former cabinet minister, Rugare Gumbo, in a newly published book on the life of the late Zimbabwe National Army commander and liberation war hero, General Solomon ‘Rex Nhongo’ Mujuru.

The book is authored by Blessing Miles Tendi, a professor of African politics at the University of Oxford and titled “The Army and Politics in Zimbabwe: Mujuru, the Liberation Fighter and Kingmaker”. It traces Mujuru’s strategic role in the transnational politics of Southern Africa’s 1970s liberation struggles as well as Zimbabwe’s recent military and political histories.

Gumbo was a member of ZANU’s war council, Dare ReChimurenga, in the 1970s and claims to have played a pivotal role in persuading the Dare to support Mugabe to take over from the Reverend Ndabaningi Sithole as leader of ZANU.

“I was of the view that Mugabe should take over because he was secretary-general and I knew him from Salisbury (Harare) prison in 1962 to 1964 when I was arrested and stayed with him there. I was made the clerk in my prison section. Mugabe was in the same section as me and he spent a lot of time by himself in his cell,” Gumbo is quoted by Tendi as having said.

“I knew who he was politically so I would go to see him, and we bonded. I appreciated him. He was intelligent, well-spoken and committed to the liberation of Zimbabwe from the whites.”

Mugabe’s predicament with his bungled circumcision was to provide the two men with an opportunity to bond and develop close personal and political ties.

Gumbo explained: “Mugabe had been circumcised recently. The circumcision was badly done so his penis would swell because of an infection. He shared this problem with me, and I did all I could to help him. As the clerk I made sure he could change his prison uniform regularly.”

“I would change his uniform three times a week. You were only supposed to change it once a week. He would dress it in front of me and use a razor blade to remove scales on it. It was really bad, and I did all I could to help him manage it.”

“I am saying this to show you how close we became in (Salisbury) prison and how much I liked him. So, years later in Mpima [prison] I supported Mugabe to become ZANU’s leader when others like Tongo [ZANLA commander, Josiah Tongogara] were not sure about him. I am the one who convinced the Dare to declare that Mugabe must take over.”

According to Tendi, another of Mugabe’s nationalist-era allies, the late former defence minister Enos Nkala, corroborated Gumbo’s account on Mugabe’s botched circumcision. He added that the effects of the bungled circumcision continued to give Mugabe medical problems at Sikombela prison, where he was transferred to in 1965.

Speculation around Mugabe’s manhood became a popular subject among Zimbabweans over the years following the country’s independence in 1980 as the nation’s new leader remained childless. His only son with first wife Sally had died as an infant in 1966 while Mugabe was locked up in prison by Ian Smith’s Rhodesia government.

In 2001, George Potgieter, a manager at a Harare engineering company, appeared in court on allegations that he had berated his workers and told them they “had no brains because they were being led by a president who had a rubber penis made in China”.

Potgieter’s workers promptly apprehended him and marched him to the nearest police station to report his remarks and he was arrested on charges of exposing the president to “hatred, contempt or ridicule”. 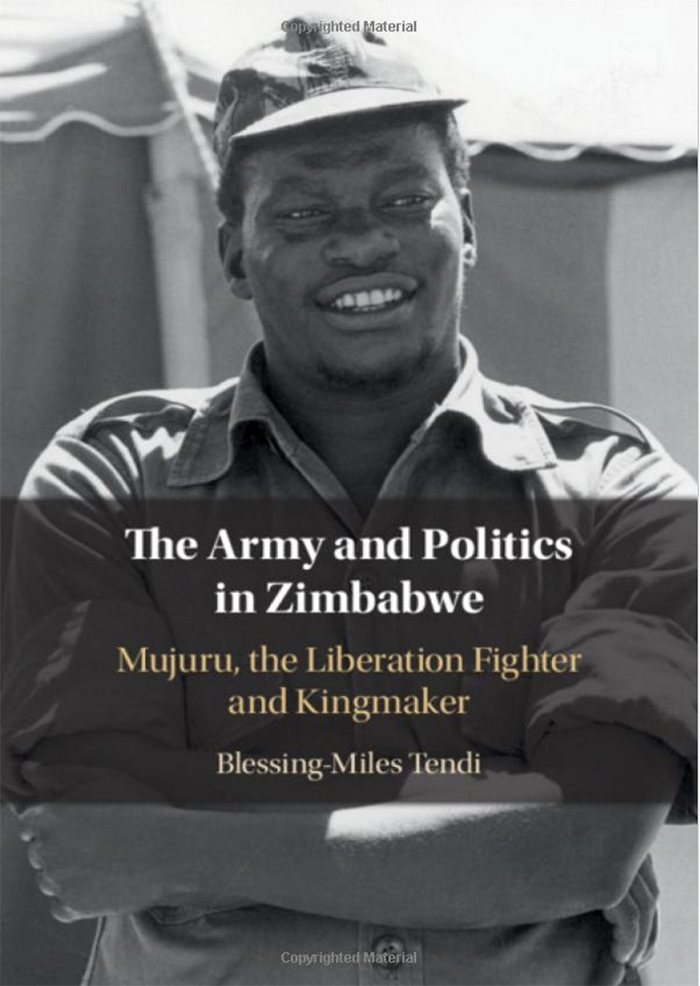 Tendi’s book draws on a myriad of intimate anecdotes to illustrate the interplay of the personal and private with the public and political.

“Biography helps bridge the divide between the public and the private… One of the book’s goals is to demonstrate the marked rewards of using biography to understand politics. I hope others will be motivated to employ the biographical approach, which is generally neglected, in their politics research,” Tendi explained.

Many facets of the politics of the Zimbabwean army, and ZANU PF’s liberation struggle and independence time elite politics, have remained obscure in academic literature. Tendi’s book sheds important light on critical themes such as internal succession politics, the nature of host-hostee relations in wars of liberation and contested post-conflict military integration.

A paperback version of the book is also available on the Cambridge University Press Africa website.