Amid the fury, and disappointment, that has greeted CAF’s decision to ban Zimbabwe’s stadiums from hosting international soccer matches; some of the domestic game’s experts have called for united concerted efforts by all stakeholders to get the country out of denial and comply with the FIFA initiated requirements. 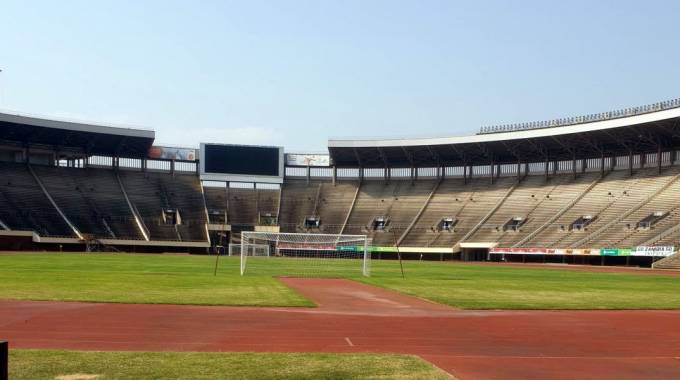 The trio, who also work closely with CAF in the implementation of the club licensing and inspection of match venues, noted that Zimbabwe’s stadiums had fallen behind the standards required by both FIFA and CAF.

Ndebele said the country needed to have read the FIFA signals from 2006 when the world body shifted its focus on development that was anchored on clubs and infrastructure.

“FIFA, as way back as 2006 encouraged Football Associations to sign partnership agreements with Public Institutions.

“ZIFA must sign agreements with owners of NSS, Barbourfields and Rufaro Stadia. The association must be reformed and statutes need to be adhered to (both in letter and spirit) “PSL Clubs must organise themselves and take a lead in football development and for club Licensing Regulations to be put in place together with Independent FIB and AB Ethics Committee, and Judicial Bodies to be allowed to function properly and independently.

“One of the objectives of FIFA is to “improve the game of football constantly and promote it globally in light of unifying, educational, cultural and humanitarian values, particularly through youth and development programmes.

“FIFA and Confederations have over the years been carrying out and funding Development Programmes throughout the World’’.

Most of these programmes were carried out through member associates. “The FIFA Congress of 2006 held in Munich, Germany, noted the importance of football Clubs.

To ensure that clubs have adequate levels of management and organisation

To allow the development of benchmarking for clubs in financial, sporting, legal, personal administrative and infrastructure related criteria.

To improve the economic and financial capability of the Clubs, increasing their transparency and credibility.

To encourage responsible spending for long term benefit of football

To protect the long term liability and sustainability of domestic football

To introduce more discipline and rationality in Club finances

To adapt Clubs sporting infrastructure to provide players and spectators and media representatives with suitable, well equipped and safe facilities’’.

Gwesela said club licensing was not only being forced on Zimbabwe but was a new trend sweeping across the global game.

“Club Licensing is not a new phenomenon; we started preaching about it when it was introduced, and both council and government officials running these stadiums have been participating in our workshops.

“Some of them even attended workshops organised out of Zimbabwe on what was expected in a modern stadium.

“However, nothing was implemented back home. “Just last year, after CAF inspection, reports were sent to stadium authorities on what was expected to be done on our stadiums hosting international matches.

“Again the recommendations were not adhered to as stadium authorities cited budgetary support.

“CAF realised that they was no progress and hence this decision to ban us from using our local stadia to host international matches.

“Local authorities need to invest more financial resources to spruce our facilities to the required level. Most stadiums were built around 1950s and we are now in the new millennium yet we are still using archaic infrastructure.

“Stadium authorities should re-train their staff maintaining these facilities on modern trends or even to take them to other countries to see best practises. Just across the Zambezi, in Lusaka, a modern stadium, Heroes stadium was built.

Yet as a country we are still using infrastructure which is in a derelict state,’’ Gwesela who is also a CAF general co-coordinator said. said.

Munyonga urged total focus on correcting the grey areas. “If we dwell much on this narrative that CAF are against us, we will digress and miss the point.”

“Let’s focus on getting our things right. Personally I will not blame the Algerians or CAF but ourselves. Forget the blame game and push the narrative of progress. “The stadiums must be sorted.

“It is important that we all appreciate the roles and responsibilities of all football stakeholders from Government to players before we apportion blanket blame.

“This always leave things to talk shows without action. We must also make sure our support structures like the FIB constitute the expertise that mirror the expertise of CAF and be able to speak from an expertise point of view,” Munyonga said

“When reports are being tabled, the other stakeholders, Government and Councils must all be in one meeting.

“Follow up meetings with strategies, budgets etc. must then be endorsed by all stakeholders and timelines agreed.

“What is bad is to be in a similar situation, in our next home matches, when there was ample time to rectify things to meet international standards.

“For the local matches; the minimum standards (obviously a compromise) must be agreed by all stakeholders before the FIB inspects all stadiums.

“Reports of accreditation or failure should be public knowledge and again the strategies for fixing outstanding issues discussed by all stakeholders.

“It must not be by a naked eye, for one to just say this stadium is ok or not.

“Let these processes be transparent.

“Let the experts be experts for real. The Sunday News