‘Being black was the main problem’

The name Aaron Chiundura Moyo cannot be ignored when it comes to the arts sector in Zimbabwe. His artistry remains spectacular in the minds of many.

Born in 1950 in Gweru, the 70-year-old is a prolific novelist, playwright and actor.

He is celebrating more than 45 years in the industry. H-Metro’s Latwell Nyangu (LN) exclusively interviewed the veteran and he shared his pre and post-independence experiences.

LN: You ventured into the art industry before Independence, tell us the experience during that time.

AC: I was more of a books man, radio drama and a bit of theatre then. Most of the blacks didn’t have a chance to do films of note since the genre was there for the white people. Blacks then used to do theatre for the fun part of it except for just a handful whose handlers were white.

Books used to pay because there wasn’t a thing like piracy. Also once a book was prescribed for schools, it was the schools that bought books. And during that time acting was regarded as a very useless thing.

LN: How was the situation during that time for the acting industry? 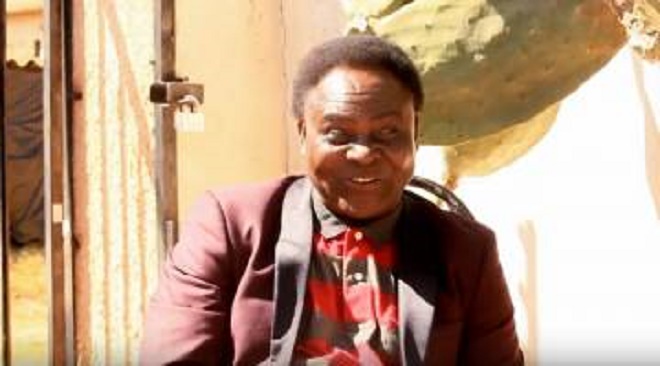 AC: During that time one could get a bit of money whenever engaged in Radio Drama, so I got paid in those Radio dramas I acted on or both writing and acting. As for films we used to watch movies in halls mostly from America and just that.

LN: Were actors respected by the leadership of that time?

AC: Whites who were in power cared less about whatever the black men were doing especially if it was not political. Yes, the black producer/presenters who engaged us in Radio acting then respected us very much. Yes there was book and music industry but as for Acting or film making there was no industry for blacks to talk about.

LN: What were the challenges during that time?

AC: The major challenges then had all to do with being a black person. At the same time the black population never accepted art as a form of employment

LN: Did the situation change after independence?

AC: Yes the situation changed a lot since the black person took over. Artists could then express themselves through dramas and films among other art forms. Few works of art were banned for one reason of another but fortunately no artist was put in prison because of his or her work of art.

I remember Cont Mhlanga’s theatre work “WORKSHOP NEGATIVE” was banned to just give one example. During that time people started to appreciate art as a form of employment and artists came into being.

LN: What has changed in the industry after getting independence?

AC: Now there is an industry to talk about which is now open to every artist and as a result many players have entered the field. Also the people in general accept art as a form of employment.

LN: Is there any difference from the years before 1980?

On the negative side PIRACY is a few hours away from sinking the industry into the deep sea. The government has not been seen to protect the artists at all since the artists’ stolen work has been and is still being sold illegally openly. 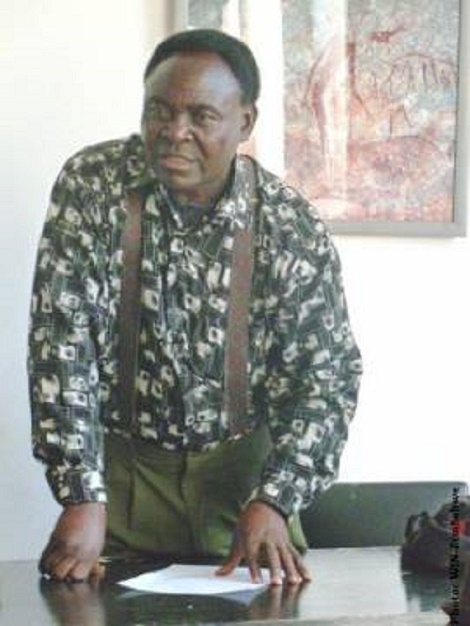 LN: As a veteran how do you celebrate Independence with the industry?

AC: As someone who has been in this industry for not less than 45 years and whose supposedly income which reads about 95 percent has disappeared into the hands of this animal called PIRACY, I celebrate independence by continuing the struggle of fighting piracy through putting pressure to the relevant authorities so that they protect the artists for the future of this industry, so that those who are still young and the future generations will realise a meaningful living from this trade.

LN: Can you safely say, you are celebrating independence?

AC: Yes I can safely say I am celebrating independence because I am an equal being at law unlike yester-years.

LN: What were your wishes before Independence and have they been fulfilled?

AC: A dream will remain a dream. Yes a lot of good things have been achieved since we got our independence. My only worry is that we have never been taught to be united as a nation hence our population as educated as it is, lacks patriotism and as a result this generation and the few generations to come will not be able to build Zimbabwe to its fullest. We are not in love with the only country we have, which we fought for.

LN: As the country celebrates 40 years of independence, what can you say regarding the film and arts industry as a whole?

AC: It is us the artists alone who must lobby the government by engaging different ministries and authorities in general and plead with them that they put in place laws that protect the industry.

For now there is a lot of hope because we have people in authority who are giving the artists an ear. Let’s try to use the right approach so that we reach our destination with hands covered with sweat not blood.

LN: Will the industry not die with the crop of actors/actresses we have today?

AC: I feel the industry does have good actors and actresses. All that is needed is to pay them handsomely like what other people in other industries are doing, if we want to get the best from them. Zimbabwe is full of actors both males and females but most of them are in hiding for the moment while those still performing are not motivated to give their best because the industry is not rewarding them accordingly.

As soon as the industry starts rewarding, Zimbabwe will produce wonders. Let us gather all the artists in their big and small ways fight for the survival of this noble industry.

LN: What projects did you work on before Independence books, dramas and film?

AC: In Rhodesia for me it was Radio dramas, I took part in acting and did write few of them.

AC: In 1978 I won PEN AWARD with the two novels Ziva Kwawakabva and Uchandifungawo.

I acted in a number of Radio dramas especially Radio Serials and in 1976 had a novel which was selected for a radio serial running for a period of 4 months from Mondays to Fridays every 6.45pm

I was given the role of the main actor – Smart Mahanisi and this was a very popular programme and this marked my entry into Radio acting. I then took part in a number of arts and cultural programmes including Mabvumira Enhetembo, Mabhuku Nevanyori Tsika Dzedu among others.

I was also one of major Radio actors in an educational programme Kudzidza Hakuperi where we did acts from different Shona books being run by the Rhodesia Literature Bureau.

Also I had my theatre group named Kambuzuma Drama group.

AC: I was the Chief Creator of Zimbabwe’s first TV Soapie Studio 263, and I acted in other predecessors’ films e.g Tsitsi Dangarembwa’s Pereteta Maneta and other one I have just forgotten the title. And Tawanda Gunda/Dorothy Meck film entitled Maneta and a few more.

The recent full length film I wrote and directed but produced by Tatenda C Moyo on behalf of The Angel Of Hope Foundation came out late 2019 which is yet to be reviewed by the press is entitled RUJEKO. Because it has been shown on ZTV I can safely say those who had the chance to view it liked it very much for a number of reasons.

I thank the First Lady for her 100 percent support for the film industry and wish she could continue.

LN: Thank you for this insightful interview.

‘Don’t get this kindness twisted’