The CAPS United revolution has caught the imagination of many teams in the domestic Premiership. 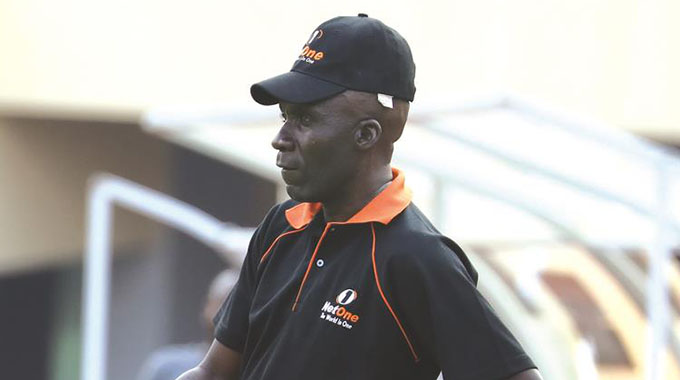 But, the spending spree could give coach, Darlington Dodo, a big headache before the 2020 season even gets underway.

The Green Machine, desperate to bury their failure last year, got rid of a host of players they deemed excess to requirements.

They have brought in over 20 new signings.

‘Back to square one’

Over 33 players, who have contracts with Makepekepe, are training with the team right now but they can only register 30 players with the Premier Soccer League.

Makepekepe are not even done with the signing spree with club vice-chairman, Nhamo Tutisani, saying his team were eyeing at drafting in, at least, 40 players.

But the calibre of the signings could leave Dodo having to scratch his head about whom to drop from his list when it comes to PSL registration.

“Of course, that is a headache, a positive one though,’’ the coach said. “We are not saying we will register all of the players we have at the moment.

“We will see what we can do as a team. But, all of them will be at CAPS United, since we are also moving into forming a reserve side.

“All the players who have been signed know exactly the roles they will have to play at CAPS United.

“We will register the required number but what I can tell you is that all the players are very happy with the prevailing situation at the team.”

Makepekepe have over six wingers and about eight defenders at their disposal right now.

An even challenging test awaits Dodo after the registration as he is likely to be faced with a changing room, which is rich in quality, but the former Gunners gaffer is not concerned by the challenge.

“Mind you, I am the one who recommended all these players. I know how to get the best out of them and everyone will get their chance,’’ said Dodo.

“We need to be competitive and, obviously, we will be using all the players so that we get everything they have to offer.”

Makepekepe finished third last season in a race they had looked set to win before a sensational last-gasp collapse.

Meanwhile, Black Rhinos have abandoned plans to use Chinhoyi Stadium as their home base for the 2020 season due to the slow progress in refurbishing the ground.

Instead, the army side have settled for Trojan Mine Stadium in Bindura, pending the facility’s certification to host top-flight action by the ZIFA First Instance Board.

The team announced the decision on their Twitter handle yesterday with spokesperson, Edward Mutukwa, saying they will be shifting their training base to the Bindura-based arena.

“Yes, we have sat down as management and saw it fit that, in terms of feasibility and practicability, Trojan Stadium will be the way to go,’’ said Mutukwa.

“We are not abandoning our initial plans to use Chinhoyi Stadium but we are saying that while the authorities upgrade that venue, we can use Trojan Stadium.

“So, basically, we have decided to use Trojan at the moment since it was used by Mushowani last year.

“There are areas which need attention and we are working on them together with the stadium authorities.

“Hopefully, we will have a fruitful season at that magnificent venue.”

Black Rhinos will sample the venue tomorrow when they host Northern Region Division One side Simba Bhora in a two-match friendly outing.

The first game kicks-off at 12:30pm while the second match is at 3pm.

The friendly match has been sanctioned by the Premier Soccer League.

The army side have embarked on a massive drive to rebuild their collapsed youth system, which was one of the most vibrant in the country, before the turn of the millennium.

‘Back to square one’

PSL teams in a fix after principal sponsor pulls out