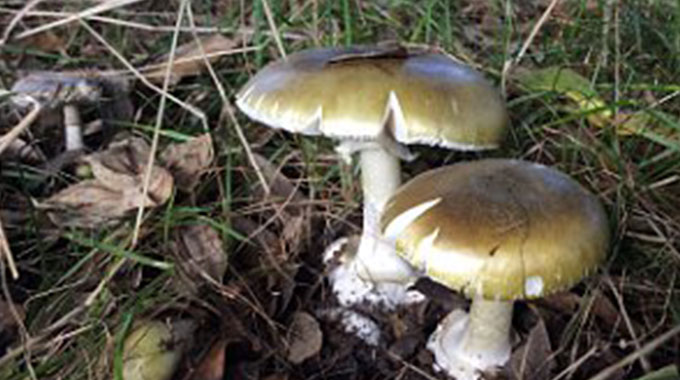 A 63-year-old woman from Chirumanzu and two of her children died while six other family members were hospitalised after eating poisonous mushrooms.

Chirimanzu District Development Coordinator, Mr Vafi Hlavati, confirmed the tragic incident and said the six survivors were now out of danger and have since been discharged from hospital.

“We are handling a very sad incident which occurred on Sunday in Village Makina under Chief Chirumanzu in which three family members died while six others were hospitalised after they consumed poisonous mushrooms during supper.

“The most tragic part is that the granny was the breadwinner and the other adult also succumbed to the poisonous mushrooms leaving only minors, the eldest being an eight-year-old girl who is in Grade 3,” he said.

Mr Hlavati said his office, the local Member of Parliament, Cde Prosper Machando, and the local authority had to pool resources together for the burial and other expenses.

He said they were still exploring ways to assist the minors left behind.

“The MP, Cde Machando, bought the three coffins, the DA’s office donated mealie-meal, beans and rice which were served at the funeral.

“The council officials also chipped in with bread and groceries and relish used at the burial which we conducted this (Monday) afternoon.

“The DA’s office also donated blankets to the minors. It’s a poor family and the eldest is an 8-year-old girl, and the youngest is a year old.” The Chronicle