Former Dynamos striker Evans Katema said he is optimistic he will make it in Zambia. 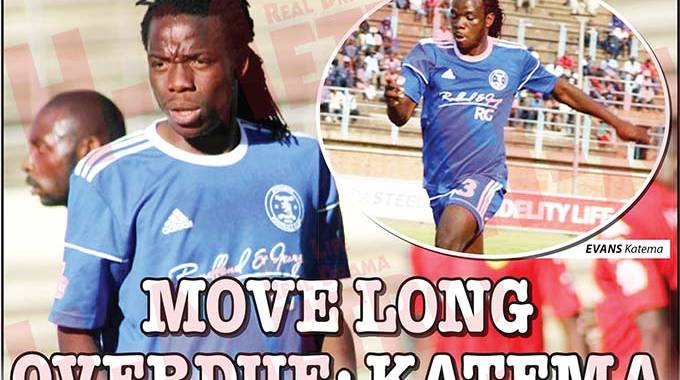 The 2019 soccer finalist said he is optimistic he is going there to add value.

“My target is to keep on working hard and to play as many games I can. I want to score more than I did last season in Zimbabwe.

“I have to keep on improving and develop to the best of my ability.

“I am positive about this move. I want to prove critics wrong,” said Katema.

The former Ngezi Platinum and Mushowani star said he is not worried about his fitness having joined Zambian league, which is running.

Zimbabwean league ended in December and Katema insist he is match fit as he said he has been practicing alone.

“Yes I am joining a league which is currently running, the guys here are already in shape.

“I have been training alone, in terms of my fitness I believe I am almost there, I might not be 100% but I will get there very soon.

“With game time I will get the much needed match fitness, I am not worried about that. I know I will deliver,” he added.

Katema was touted to be joining Zanaco early last month but that did not materialize.

He was later rumoured to have failed the medicals.

“There was nothing like failing the medicals. I passed them early back in January.

“I was not in a rush, I had to take my time to make up my mind, and it was all about negotiations between clubs involved.

“I wanted to be sure I wasn’t making a mistake so I had to consult others,” he said.

Katema travelled to Zambia on Wednesday, he started training with the whole team on Thursday.

He said the welcome was warm.

“So far so good, I have been well received by both the technical team and players.

“I joined Zanaco not because of money, but to experience new challenges in a different environment so that I can develop my career and life in general.

“I was happy at Dynamos even at Mushowani also but that’s how life is, you have to move on, I am looking forward to this new lease of life,” added the 31 year old striker. H-Metro