A Glen View married woman has set tongues wagging after she was caught between the sheets with her Ben 10 cousin next door. 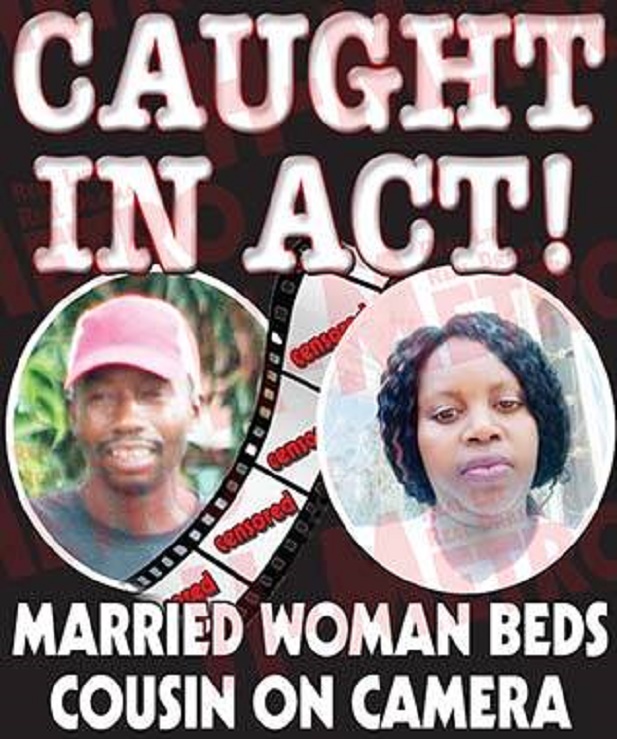 Thandiwe Madziro, 31, who lived at her mother in-law’s house in Glen View 3 nearby Munyarari shopping area was last week caught naked in bed next door with a cousin Keith Mukasa, 26, and both have since gone into hiding.

H-Metro is in possession of a video clip of the two pants down taken through the window.

Man in court over shooting incident at Mashwede Village in…

Contacted by H-Metro in Mazowe, Thandiwe a mother of three children confirmed the incident and said she regrets sleeping with Keith.

She said she slept with Keith when things were not well in her bedroom with her hubby.

“And for the record please, it was an act of desperation, zvinhu zvaramba kubalancer that’s when he took advantage of me but it’s now water under the bridge and no strings attached.

H-Metro caught up with the husband Venon Tapera who said he has since moved on from the incident and is now concentrating on taking care of their three children.

“I called Thandiwe’s mother to tell her about the issue and to find out her whereabouts since she just vanished but Mai vake vanga vavekuti ngatitange taenda kwa tete.

“I told her there is no need for ana tete since the video is telling everything.

“I was just coming from work only to find out about the incident and there is nothing I could do about it.

“Maybe it’s a blessing in disguise because I could have lived my whole life being cheated,” he said.

Milton Maputsha, brother to Keith, told this publication that he was embarrassed over the incident.

“Venon ndisekuru vangu and we are so close that I can do whatever I want at their home.

H-Metro spoke to Thandiwe’s mother in-law; Gogo Gwara who said she was devastated to learn that had daughter-in-law had shamed her family.

Efforts to get a comment from Keith were fruitless as his phone went unanswered until the time of going to print. H-Metro

Sugar momma dumps Ben 10 over cheating. . . and spoiling other women with her pension…