Treasury has increased the price of a 10kg bag of subsidised mealie-meal from $50 to $70 with immediate effect in an attempt to weed out arbitrage opportunities. 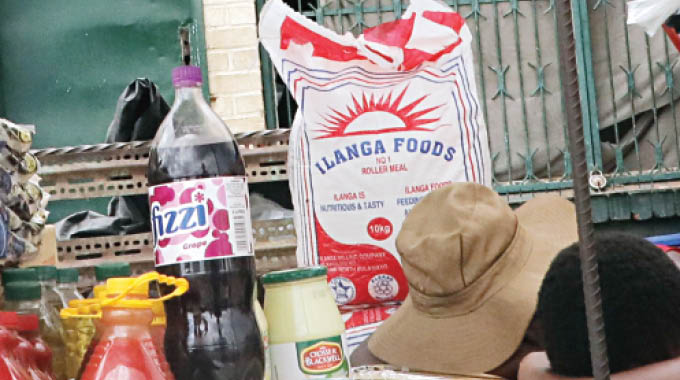 Some unscrupulous players are taking advantage of the gap between market price and subsidy level of roller meal to profiteer.

The supply of the product has been subdued amid accusations that the bulk of the subsidised product is being channelled to the black market where it is sold for cash at between $75 and $100 a 10kg bag. Some dealers are even selling the commodity in forex.

In a statement yesterday, the Ministry of Finance and Economic Development said the initial subsidy price of $50 for a 10kg roller meal, pegged in December 2019 to protect vulnerable groups, was being abused by unscrupulous players.

“The wide gap between the market and the subsidised price has created undesirable arbitrage opportunities for unscrupulous players, resulting in the market and supply distortions,” said Treasury.

“In view of the above, Government has reviewed upwards the subsidised price from ZWL$50 to ZWL$70 per 10kg bag of roller meal against the prevailing market price of the product. Implementation of the new subsidy price is with immediate effect.

“Government will announce a strengthened targeting system in due course such that deserving vulnerable citizens as intended by the subsidy policy benefit.”

The price increase was effected as the Grain Millers’ Association of Zimbabwe (GMAZ) has stepped up importation of maize for local milling.

GMAZ said a consignment of 50 000 tonnes of imported grain was is in transit to the country to boost mealie-meal production. Millers, however, said they were facing logistical challenges in transporting the consignment on both the Zimbabwean and South African side.

GMAZ spokesperson, Mr Garikai Chaunza, said the grain imports have been secured and they will be importing 80 000 tonnes every month to complement Government efforts.

“The imported 50 000 tonnes is in transit and we are facing logistical challenges from both the Zimbabwe side and South Africa,” he said.

“The maize has been coming in since last week and we are receiving it in Bulawayo GMB and Aspindale in Harare.

“The consignment is so huge that it cannot be brought into the country in one day. We are using 30-tonne trucks to bring in 50 000 tonnes.”

Mr Chaunza said the delays in the transportation of the consignment were due to the construction at Beitbridge border post and the short working hours of silo attendees on the South African side.

“There is construction at the Beitbridge border and along Beitbridge-Harare highway and also on the South African side silo attendees work from 8am to 4pm and this has caused the delays,” he said.

GMAZ has called upon local road transporters to provide cross-border services for its maize import programme to quickly bring maize into the country.

Meanwhile, the miller’s association promised to make sure that the country is supplied with enough grain to sustain people throughout the drought. The millers are sourcing grain from countries such as Argentina, Ukraine and Mexico. GMAZ has said it was working with other agencies to monitor the movement and sale of subsided mealie-meal as concerns grow over the continued channelling of the commodity to the black market. The Chronicle