Global stocks and oil plunged yesterday as panicked investors fled risky assets for safer bets — gold, bonds, the dollar and the yen — after China warned that a deadly new coronavirus was spreading fast. 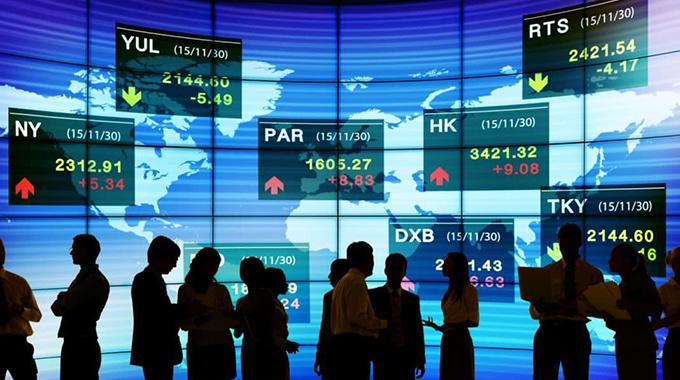 On equity markets, luxury goods makers and airlines suffered particularly as Chinese tourist spending is a key factor for them.

China extended its traditional Lunar New Year holidays to buy time in the fight against the epidemic and fears of a repeat of the 2003 SARS outbreak, which also began in China, spooked investors.

Recent record highs on stock markets gave them plenty of room for a reverse.
Key European stock markets closed up to 2,7 percent lower, while on Wall Street the Dow Jones index managed to keep its losses at around 1,5 percent in the late New York morning.

Oil prices were down 2,5 percent or more, having come off early lows seen on concerns over demand from China, the world’s top energy consumer.

16 dead from carbon monoxide poisoning in Chinese coal mine

NFL player among fraudsters accused of stealing $70 mn in…

“The bottom line is that the virus has become deadly and it has caused a major panic in markets,” said Ava Trade analyst Naeem Aslam.

Analysts said there were growing fears the crisis could become as bad as the Severe Acute Respiratory Syndrome (SARS) outbreak that hammered markets and the global economy in 2003.

“Stocks that are connected to China are feeling the pain . . . as traders are afraid the health crisis will curtail economic activity.”

The outbreak has led China to lock down the epicentre of the disease, Wuhan – a city of 11 million people – while imposing tight travel restrictions on a number of other cities, including Beijing.

The move comes during the Lunar New Year holiday when hundreds of millions of people criss-cross the country and spend huge amounts of money.

Most Asian markets were closed for the Lunar New Year break but Tokyo was open and fell two percent. Bangkok plunged nearly three percent on worries about the Thai travel sector.

The flight to safety saw the yen rally against the dollar, with the Japanese unit now up more than one percent from eight-month lows touched earlier this year.

The dollar however, rose against the euro and pound.

Gold, another go-to asset in times of turmoil and uncertainty, seemed headed back towards US$1 600 per ounce and the six-year peaks touched at the start of January.

While the main focus is on the spread of the virus, traders will also be keeping an eye on the release of earnings this week from top companies including Apple, Facebook and Samsung.

The oil market had already tumbled more than six percent last week owing to concerns about the virus’ effect on demand in China, which is the world’s number two economy after the United States. – AFP.

16 dead from carbon monoxide poisoning in Chinese coal mine