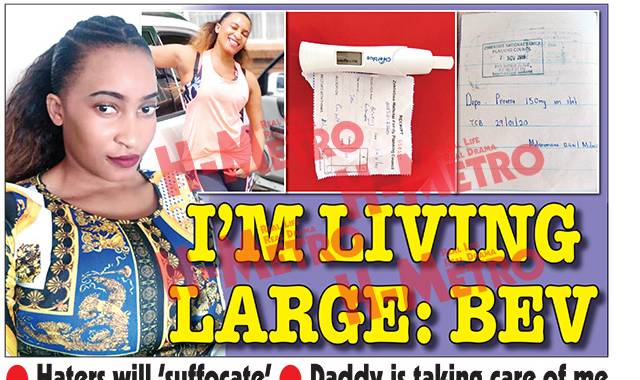 Newly wed raunchy dancer Beverly Sibanda says she has gained weight since she is living large under her new husband.

In an exclusive interview with H-Metro the dancer said she is now a proudly married woman but will not stop her career.

Bev said her rivals and ‘haters’ were celebrating that pregnancy will now sink her into oblivion as she is not pregnant as she looks but only gaining weight.

“I am not pregnant, kusimba chete.

“You know I was slim and I have gained weight chete plus ndakabaiwa Depo last year.

The Sexy Angels boss says she is keeping a low profile.

“I have been playing low key hangu, eating good food.”

Asked on when she will be ready for pregnancy Bev said:

She refused to dwell much into how and when she was married.

“Ende vanhu so, from bhawa to marriage,” she said while laughing.

Bev’s marriage and wedding at the Harare Magistrates’ Court has been received with mixed feelings with some congratulating the dancing queen while some mocked her. H-Metro