Flamboyant businessman and socialite Genius ‘Ginimbi’ Kadungure has shared a video via his instagram page of himself buying a two-seater $350,000 ‘Ferrari 488 Spider’ sports car. After he pays duty for it in Zimbabwe, the car will have set him in excess of US$450 000.

Ginimbi already has a large collection of supercars at his mansion in Domboshava. His fleet, includes two Rolls Royce, three Bentleys, two Range Rovers and one Mercedes-Benz 2018 G63 among many others.

Early this month the Zimbabwe Revenue Authority (Zimra) pounced on his home and seized his US$200 000 Bentley Continental GT motor vehicle after they claimed its import duty was irregular.

Police officers from the Vehicle Theft Squad besieged his Domboshava residence on January 11 and informed him that they had instructions to seize the vehicle as it had not paid the requisite customs duty and value-added tax (VAT).

A furious Kadungure responded with a court application seeking an “interdict prohibiting the first respondent (Zimra) and her officers from seizing or embargoing my vehicle on the basis that the duty paid was insufficient without first seeking an order from this court to that effect.”

Kadungure claimed that he purchased the vehicle from LSM Distributors, a South African company and took delivery of it on or around January 5, 2019 through his courier and clearing agents.

“Having purchased the vehicle and paid for it in full, I caused it to be imported into Zimbabwe through the Beitbridge Border Post. 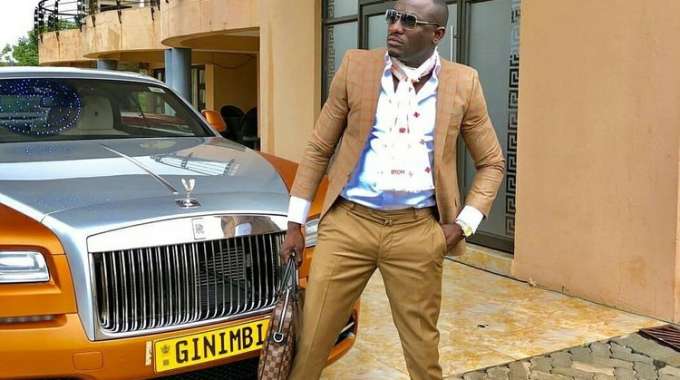 “At the border, I appeared personally and filled in Form No 52A which is a customs duty declaration form … I declared that the vehicle ought to be assessed duty on its purchase price mentioned above.

“The customs officers responsible inspected the vehicle and they assessed duty in terms of that figure and an invoice for customs duty and VAT was issued.”