As the fight between the widow of Bheki Ndlovu, a popular malayitsha-cum-businessman who was brutally murdered late last year in South Africa, and his family who are accusing her of having a hand in her husband’s murder rages on, disturbing new details keep on emerging.

Mrs Nomazwe Ndlovu, who is alleged to have engineered her husband’s death to cover up for an affair she was having with UK-based Christopher Tshabalala, known in Zimbabwe as Jabulani Ncube, is also claiming Bheki was a serial womaniser.

Nomazwe revealed in court one of Bheki’s alleged girlfriends Caroline Nyoni, who was reportedly welcomed by the family and subsequently attended Bheki’s burial at his rural home in Phumula, Tsholotsho, Matabeleland North which Nomazwe allegedly boycotted with her children aged 10, 14 and 20. 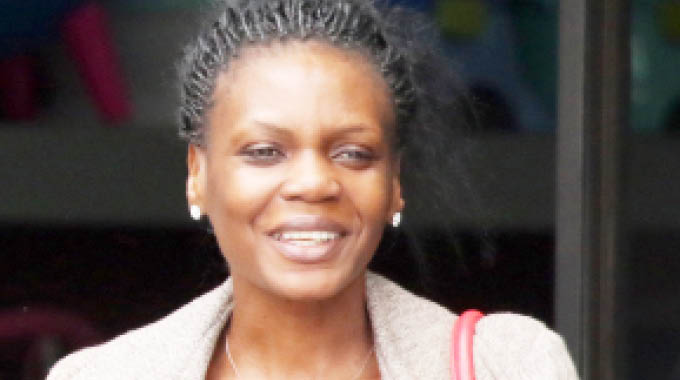 Surprisingly, Caroline was also part of the edict meeting which was “strictly” attended by close relatives at the Master of High Court in Bulawayo on Tuesday to choose an executor to manage Bheki’s estate, as per the provisions of the law.

Nomazwe decided to expose Bheki and Caroline’s alleged flirting after the family’s legal representative revealed before the Master of the High Court her adulterous liaisons with Ncube which they suspected culminated in her husband’s death.

Additional allegations that also found their way to the Master of High Court were that when they obtained the death certificate, the family claimed Bheki was single despite the fact that, his “troubled” marriage with Nomazwe was still subsisting when he died.

Turning to the appointment of an executor, Nomazwe through her lawyer Nkosiyabo Sibanda of Tanaka Law Chambers said first preference should be given to her as the surviving spouse as there was no legal provision that entitles his relatives or siblings to benefit or get a share from Bheki’s wealth.

Bheki’s family, who were being represented by Zibusiso Ncube of Ncube and Partners, however, wanted the appointment of a neutral party whom they also pledged to pay much to the chagrin of Nomazwe.

They also argued that there were indications that Nomazwe wanted to dispose some of the matrimonial property. As if that was not enough, Ncube further argued there was also a pending case of adultery which was instituted against Jabulani Ncube by the late Bheki thereby making his widow “unfit” to be appointed as executor.

Ncube also indicated that Bheki’s siblings had no interest in the estate saying what they only wanted was to ensure that the children were going to be taken care of.

Their submissions were, however, dismissed by Nomazwe’s lawyer.

The Master of High Court said she needed time to go through the submissions so that she could make a “proper” decision that will help keep peace among the parties.

Bheki had business interests in his hometown, Tsholotsho, where he operated a number of shops and a grinding mill. He also had a fleet of buses and Mercedes Benz Sprinters that plied different routes, among other interests. He was, however, mostly known for his cross-border services.

Nomazwe recently approached the court seeking an order interdicting her in-laws from blocking her from accessing their matrimonial home in Bulawayo.

In her founding affidavit, she said her in-laws barred her from accessing the matrimonial home in North End suburb while accusing her of having a hand in her husband’s murder. B-Metro

Man killed over girlfriend at shebeen

One game at a time: Tembo