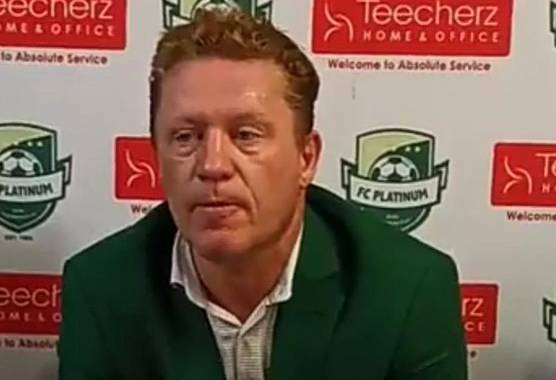 Platinum cannot qualify for the next stage of the competition even if they win their two remaining matches.

De Jongh, however, said they are going into the match looking for a positive result and maximum points.

“We still have a lot to learn, we cannot say it’s a dead rubber. We are playing for points. It will be better to know you did not progress but you had better points,” said de Jongh.

“We still have a lot to play for. We want to know where we are getting it wrong and we also want to see if we have improved.

“The game plan is to score early and keep the goals coming. We want as many goals as possible.

“We have been struggling in front of goal and that is a worrisome factor because how can we win if we are not scoring,” added de Jongh.

They are bottom of Group B with only one point after four matches.

The Dutch tactician will be on the bench for the first time but said he was involved in their 1-1 draw against Al Ahly though he was on the terraces.

“Always ready and I am looking forward to a positive start. In their last game I was just not on the bench but was involved.

“We have prepared well and the boys are also geared up for the assignment,” he said.

The Zimbabwe champions travel to Etoile du Sahel on February 2 for their last game before shifting focus to the forthcoming 2020 Premiership season. H-Metro