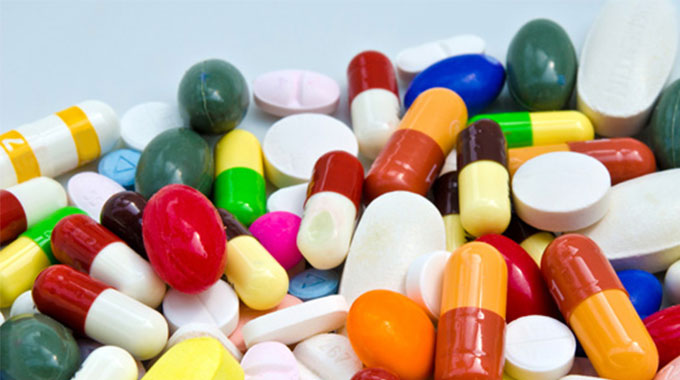 The United States (US) has supplied Zimbabwe with 2,1 million bottles of Dolutegravir (DTG), a new antiretroviral drug which is more effective in viral suppression and has fewer side effects than Efavirenz.

Dolutegravir is more tolerable to patients compared to other ARVs and works by reducing the ability of the virus to make copies of itself.

The United States approved the medical use of Dolutegravir in 2013, which is listed on the World Health Organisation List of Essential Medicines, as one of the most effective medicines needed in a health system.

In November last year, the Ministry of Health and Child Care started rolling out Dolutegravir (DTG) in its transition to the new treatment in the country and the new HIV patients were the first to benefit.

Over 9000 Zimbos petition US to deport Passion Java for…

Russia has lists of Ukrainians ‘to be killed or sent…

Biden urges Americans to leave Ukraine as fears of Russian…

“The United States Government USAID’s supply chain and procurement project has delivered 2,1 million bottles of Tenofovir Lamivudine Dolutegravir (TLD) to support the transition to this new treatment regimen,” said USAID in a statement.

About 1,4 million people are living with HIV in Zimbabwe and statistics show that 90 percent are on treatment. In an interview, the Health Ministry’s HIV, Aids and TB director Dr Owen Mugurungi said the new line of ARV therapy has less side effects and reduces the chances of patients developing drug resistance.

“We started rolling out the DTG last year in November in all sectors and facilities where people are able to do a viral load screening. The reason for adopting DTG combination is that we know it is associated with less side effects than the Tenofovir, Lamivudine and Efavirenz (TLE). The fact that the new drug has less side effects means that the majority of HIV patients will take it and will improve adherence among the patients,” he said.

“We also know that it is a powerful drug with very high threshold resistance which means resistance among the HIV patients is unlikely to occur and more people will be able to tolerate the drug.”

Dr Mugurungi said DTG has better viral load suppression capabilities compared to the current regimen and will assist the country in achieving its target of ensuring that 90 percent of people living with HIV achieve that by the end of this year. Viral suppression is the ability to prevent the HIV virus from multiplying in the body. The Chronicle

Russia has lists of Ukrainians ‘to be killed or sent to camps’, US warns