Chicken Inn new acquisition, Ian Nekati, was on the verge on joining the Absa Premiership but age affected him. 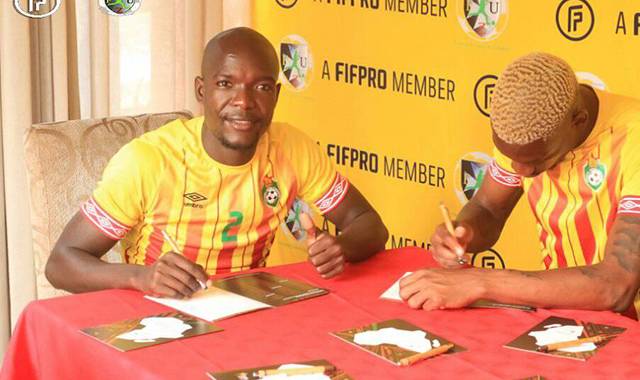 H-Metro understands Cape Town City were interested in the 30-year-old but could not sign him because they wanted a player for a long term.

“Cape Town City wanted to sign him but the deal failed because of his age. They wanted a player for three years with possible renewal based on performance. So Ian is 30 now which made the situation difficult.

“Their argument was he will be 33 but the time his contract expires. Ian’s representatives pushed for a one-year deal which also failed,” revealed a source who was close to the deal.

The Warriors full-back had also a chance to join Baroka, who were also interested after his impressive shows with the Zimbabwe national team.

However, the deal failed after Baroka recalled Rodwell Chinyengetere who filled their last slot on the foreign quota.

“He also had a chance to move to Baroka but since they are struggling, they chose to settle for a forward and recalled Rodwell Chinyengetere.

“That meant the collapse of Ian’s possible move because of the foreign quota issue,” added the source.

Nekati confirmed the possible moves to H-Metro saying he remains confident of playing in foreign league in the future.

“Yes I was on the verge of joining two South African clubs, Cape Town City and Baroka but the deals failed when I thought it’s a done deal.

“At Cape Town they highlighted the issue of age and at Baroka there were no more slots for foreigners after they recalled Roddy (Chinyengetere). But that will not stop me from dreaming, I will continue working hard and see what the future holds for me,” said Nekati.

The Soccer Star of the Year finalist said he now shifts focus to his new home, Chicken Inn, promising to continue with his fine form.

“Now I have to concentrate on my new home and we are starting preparations anytime soon. I still have the chance to do better and end up playing somewhere. I will just see what the future holds for me,” he said.

The Gamecocks beat other Premiership clubs like Harare City, CAPS United and Dynamos to secure the highly rated right back. H-Metro