The Duke of Sussex and the Duke of Cambridge have denied “false” claims in the Times that their relationship was damaged by bullying.

A statement on behalf of Princes Harry and William described the story’s “inflammatory language” as “offensive”.

The paper quoted a source saying the Sussexes felt they had been pushed out and “constantly bullied” by William.

A meeting of the brothers, the Queen and the Prince of Wales to discuss Harry and Meghan’s future has begun.

The couple want to step back as senior members of the Royal Family, while also becoming financially independent.

A statement on behalf of Harry and William said: “Despite clear denials, a false story ran in a UK newspaper today speculating about the relationship between the Duke of Sussex and the Duke of Cambridge.

“For brothers who care so deeply about the issues surrounding mental health, the use of inflammatory language in this way is offensive and potentially harmful.”

Claims of bullying have been strongly contested by other sources close to the Cambridges and Harry, the Times article reported.

In October, Harry responded to speculation about a rift between the brothers by saying the pair were “on different paths at the moment” but he loved William “dearly”.

Dan Wootton, executive editor of the Sun which broke the news of Prince Harry and Meghan’s decision to step back, said: “It is quite extraordinary that at a time when Prince William and Prince Harry are having so much warfare behind the scenes that they have come together to issue this joint statement.”

He told the BBC that while he would not use the word “bullying”, Prince Harry and Prince William’s relationship has become “incredibly strained over the past 18 months”, and that has played “a big part” in the disruption the Royal Family is experiencing.

Robert Hardman, royal biographer and Daily Mail journalist, said “it shows the depth of the bond between those two brothers” that they responded to this allegation so quickly, and it demonstrates the desire to “avoid any sense of confrontation” at the meeting.

These talks have been described as “royal history in the making”, by BBC royal correspondent Jonny Dymond.

Meghan is expected to join the discussion by phone from Canada.

It is hoped the talks will produce a “next step” on the way to defining the couple’s new relationship with the Royal Family – in line with the Queen’s wish to find a solution within days.

However, our correspondent said a deal “might take time” to be agreed and implemented.

Among the issues likely to be discussed are what funding the duke and duchess will receive, whether they will keep their titles and what royal duties they will continue to carry out.

The group is expected to review a range of possibilities for the Sussexes, taking into account plans outlined by the couple.

The final arrangement could provide a blueprint for future royal generations, including the Duke of Cambridge’s younger children Princess Charlotte and Prince Louis.

Monday’s gathering at the Queen’s estate in Norfolk – being described as the “Sandringham summit” – is the first time the monarch has spoken face-to-face with Prince Harry since the Sussexes’ announcement.

Newspaper reports suggested the couple could conduct a potentially damaging television interview if they were unhappy with the outcome of the discussions.

Broadcaster and friend of the couple, Tom Bradby – who made a documentary with them last year – wrote in the Sunday Times: “I have some idea of what might be aired in a full, no-holds-barred, sit-down interview and I don’t think it would be pretty.”

What do Harry and Meghan want?

In their statement on Wednesday, posted on the couple’s official Instagram account, the duke and duchess said they intend to “step back” as senior royals and work to become financially independent.

They also said they plan to split their time between the UK and North America, while “continuing to honour our duty to the Queen, the Commonwealth, and our patronages”.

How did we get here?

Meghan is in Canada with her eight-month-old son Archie after flying there amid the ongoing discussions, which have involved the UK and Canadian governments.

She and Prince Harry had been in Canada over Christmas, before they returned to the UK last week after a six-week break from royal duties.

The couple were already preparing to launch their own Sussex Royal charity, which they set up after splitting from the Duke and Duchess of Cambridge’s foundation in June last year.

And in December it was revealed that the couple had made an application to trademark their Sussex Royal brand across a string of items including books, calendars, clothing, charitable fundraising, education and social care services. 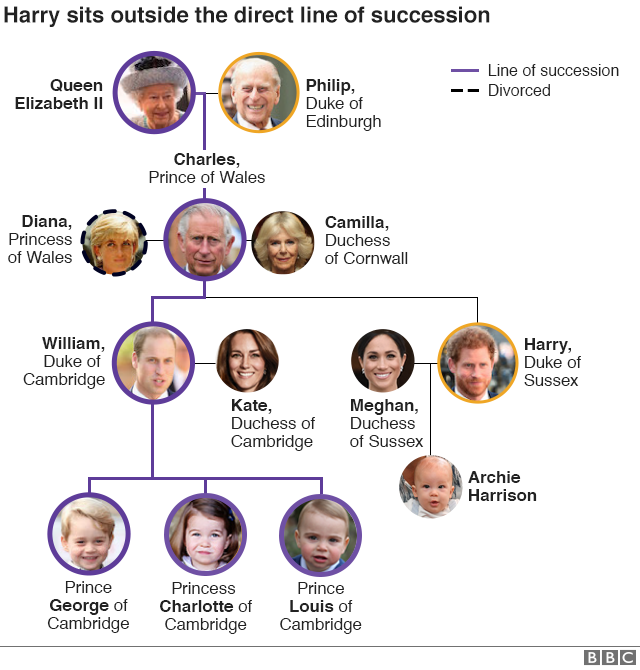