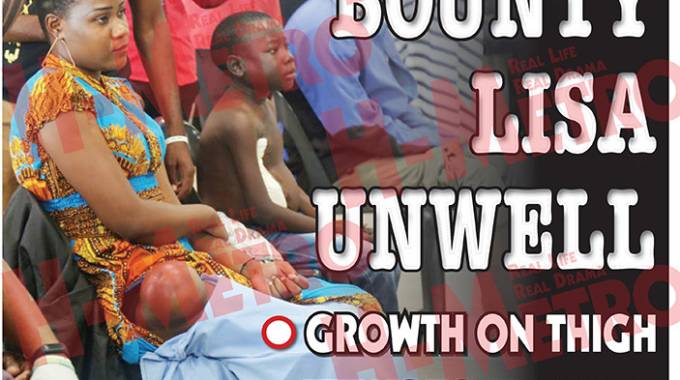 Bounty Lisa, real name Lynette Lisa Musenyi, was in the company of her father Pinias Musenyi, 65, and one of her sisters when she joined people who were seeking prayers from Prophet Walter Magaya.

H-Metro caught Prophet Magaya laying hands on the 26-year-old and pronouncing a blessing to several people with various ailments.

Lisa developed a growth on her right thigh and was booked for tests in October this year forcing her to follow her ex-husband’s footsteps to Prophet Magaya for help. 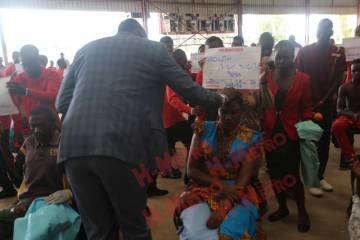 In an interview, the Musandidaro singer and former wife to Soul Jah Love, Lisa told H-Metro that she spent the better part of 2019 in South Africa where she failed to get treatment.

“I spent the whole year visiting various hospitals in Cape Town and Johannesburg hospitals in South Africa but nothing helped me. 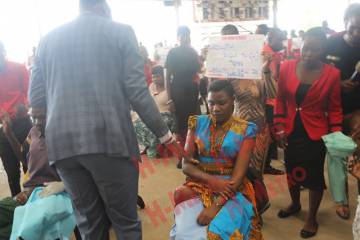 “I got booked for some tests and never received treatment as they kept postponing dates for the tests.

“The swelling to this size started three months ago and it affected my blood pressure and temperature to rise.

“Although I accompanied my former husband Soul Jah Love to this Liberty Arena some time ago, I never thought of coming here but a former footballer Trymore Mtisi is the one who reminded me of Prophet Magaya.

“I hope and believe that Prophet Magaya has the grace to heal me the same way I witnessed when Soul Jah Love visited him. 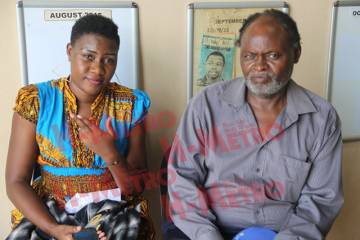 Her father Musenyi was quick to think the problem needs spiritual help other than medication.

“My daughter has not been working because of this problem and when she sought for medication she failed to meet any doctor to examine her,” said Musenyi. 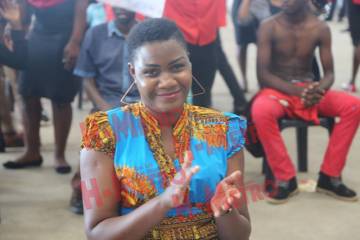 “To me the problem needs spiritual deliverance that is why we agreed to consult Prophet Magaya about it.

“We used a lot of money in South Africa seeking medication but mmmm it’s a challenge,” he said.

Among the people who sought help were people with cancer and Prophet Magaya laid hands on them as people followed proceedings in prayer. H-Metro