As the fallout from the formation of a new political party led by former Foreign Affairs Minister Walter Mzembi continues, the ruling Zanu PF party has written a letter expelling Lloyd Msipa despite the UK based lawyer telling Nehanda Radio he quit the party one year ago.

The formation of the People’s Party (PP) led by Mzembi was announced this week by Msipa who is the party’s interim secretary-general. Lazarus Nyagumbo, the Political Commissar for Zanu PF in the UK wrote to Msipa on 8 January 2020 telling him he had been expelled from the party.

“The arrival of the people’s party has upset a lot of people within Zanu-PF. There are in propaganda overdrive with me receiving a letter of expulsion a year after I left the party,” Msipa told Nehanda Radio. 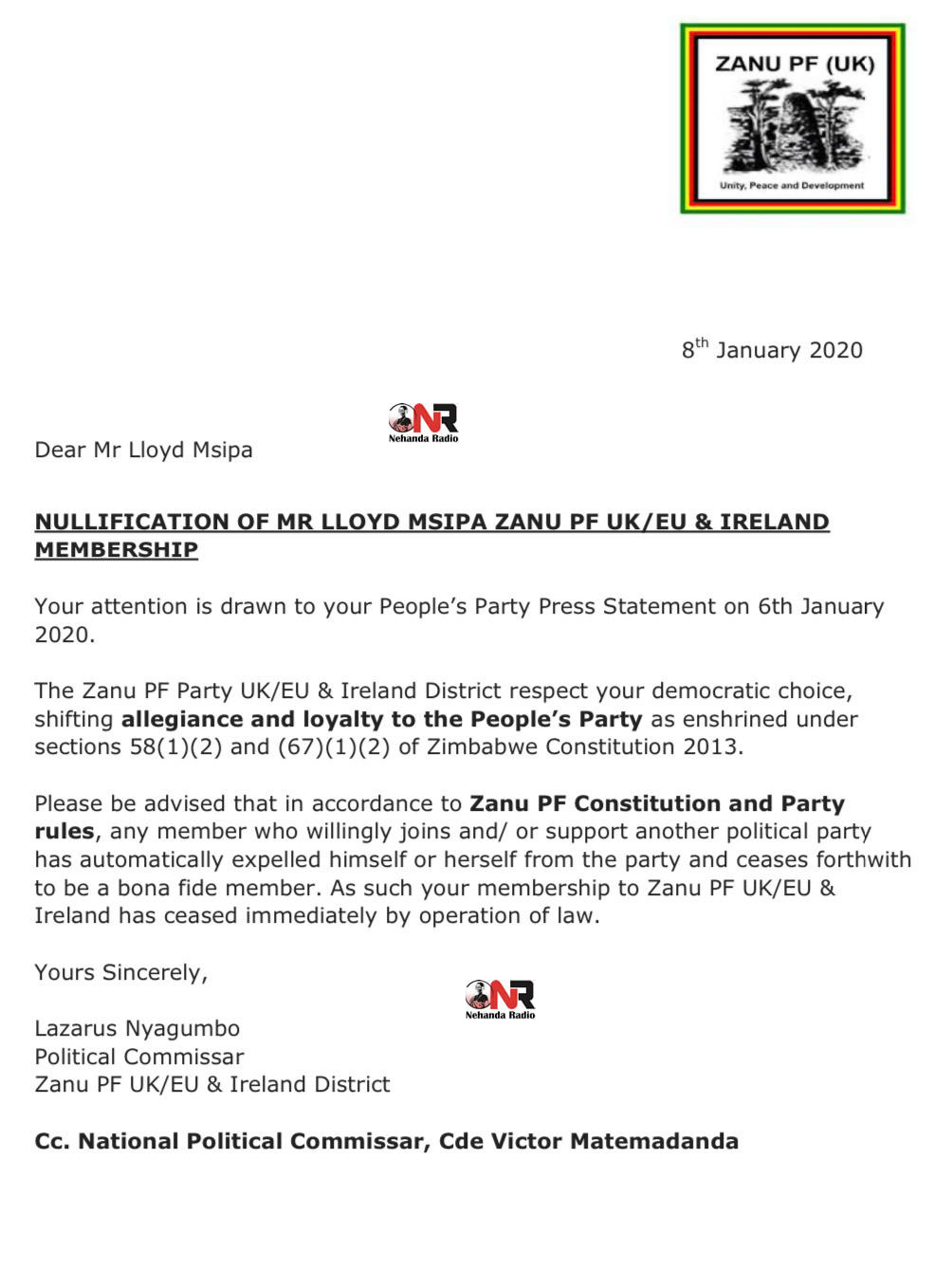 The article claims there is a letter addressed to ZEC chairperson Justice Priscilla Chigumba which says; “We note with concern the use of part of our name by your political formation which you and your team decided to call People’s Party (PP).

“We take this to be poor political practice which will definitely affect the voters in any future election that our party ZPP and your new party PP will participate in future.

“Use of similar names, logo colours and letterhead concerns as you and your team adopted is not the best way to go in politics especially when you want voters to have clear choices of candidates in a ballot paper,” reads part of the letter.

ZEC chief election officer Mr Utoile Silaigwana even claimed that the newly formed opposition party PP is yet to register with ZEC. “Whoever forms a political party in Zimbabwe, they have to notify us. We are yet to be notified by Mzembi and his team,’’ said Mr Silaigwana.

Nehanda Radio however has a copy of a letter from the Zimbabwe Electoral Commission in which they acknowledge the registration of the People’s Party that Mzembi is leading. 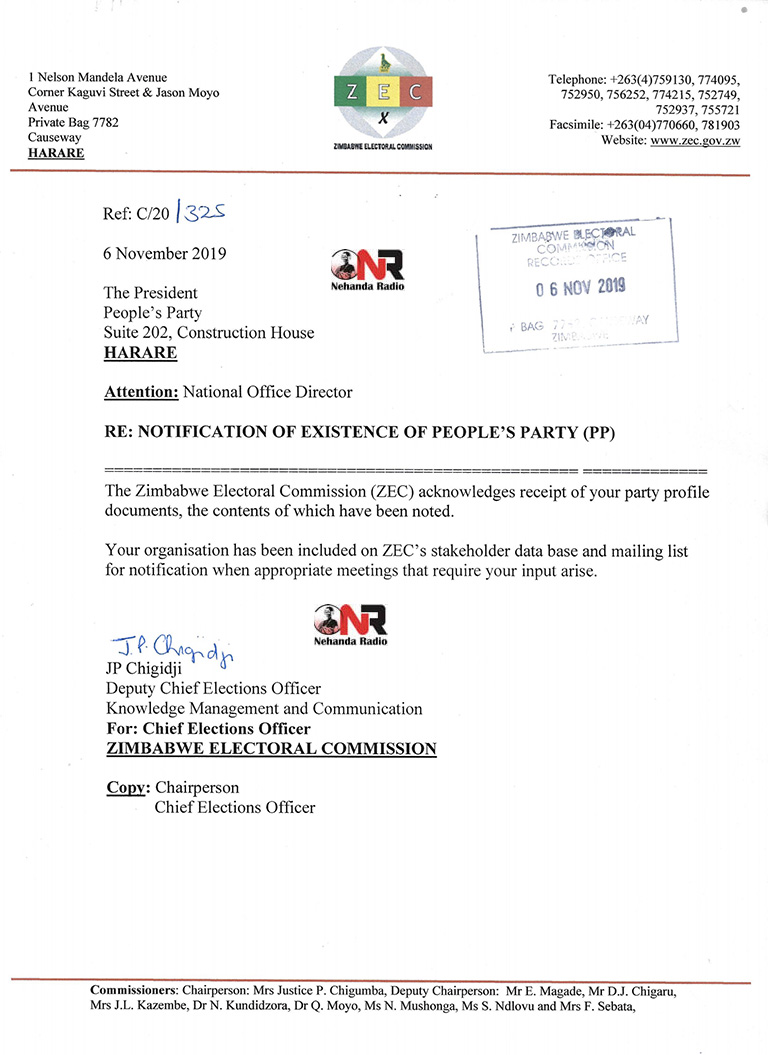 Msipa insists Zanu PF are in panic mode and “The People’s Party has support across the board with membership penetration in the executive, judiciary and legislature. We are here for the people and power and authority must be returned to the people.

“Attempts to use the little known Zimbabwe People’s Party to confuse our people will not work. We are going full steam ahead building our party. We have an open door policy. We are not personalising this project, it is the People’s project,” Msipa told Nehanda Radio.

Probably, it would have been a different story altogether for CAPS United

Under pressure Mnangagwa afraid of being toppled by G40 faction

Mzembi claims Mnangagwa has tried to have him killed several times