A Honda Fit driver from Bulawayo allegedly teamed up with two accomplices who are still at large and robbed a passenger of cash at knife point before forcing him to jump from their moving vehicle. 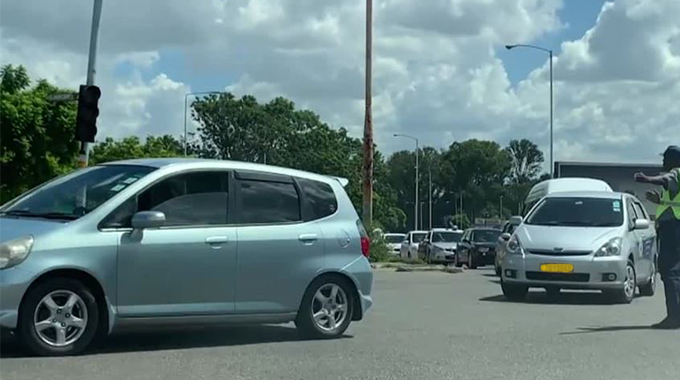 Brighton Mawere (23) from Old Magwegwe suburb and his two accomplices whose names were not mentioned in court, allegedly kidnapped and robbed Mr Mqondisi Siziba (34) of R3 000 and $900.

He was remanded in custody to Friday for continuation of trial.

For the State, Mr Stewart Madzore said on December 11 last year, Mawere and his accomplices hatched a plan to rob Mr Siziba.

“The accused persons picked up the complainant who was on his way to the central business district. Along the way, they diverted the route and drove to Mpopoma suburb near Guta Ramwari church where they threatened to stab the complainant if he did not give them money,” he said.

Mr Madzore said Mr Siziba was forced to jump off the moving vehicle after being robbed.

“The accused person sustained lacerations after being pushed out of the moving vehicle,” said the prosecutor.

The matter was reported to the police leading to Mawere’s arrest.

Recently, two Bulawayo men were robbed of cash and valuables worth more than $5 000 by Honda Fit crews as the city records more such cases.

In the first incident, four suspects who were driving a silver-grey Honda Fit picked up Mr Meki Katiyo (33) of Lobengula West suburb along siyepambili Drive before robbing him of cash and property worth $4 300. The Chronicle