Khama Billiat missed his fifth Absa Premiership game of the season on Saturday as Kaizer Chiefs were downed by SuperSport United, and the club has explained why. 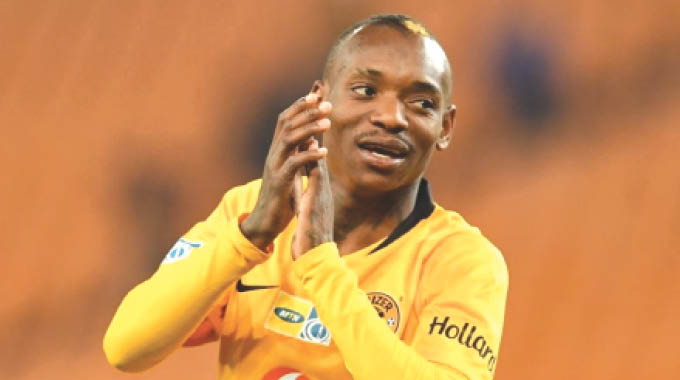 Goals from Bradley Grobler and Thamsanqa Gabuza made sure that Chiefs were beaten for only the second time this season, as their lead at the top was cut to four points, and Billiat was left out of the squad completely.

It appears that coach Ernst Middendorp was forced to leave the Zimbabwean star out once more due to injury after he picked up a hamstring knock in the 1-1 draw with Maritzburg United, and the club has revealed that he probably won’t play again this month.

A statement from the club read: “Attacking midfielder Khama Billiat aggravated his right hamstring injury during the Maritzburg match on 22 December. He had a scan which showed a small area of inflammation. He is currently undergoing treatment and rehabilitation. He is expected to be out of action for approximately three weeks.”

The news means that Billiat is likely to miss a major month of action for the Glamour Boys, as they look to try and maintain their place on top of the league table, with the attacker set to miss games against Highlands Park, Cape Town City, Black Leopards and Golden Arrows. — Soccer Laduma