Welshman hits back at ‘desperate, confused and malicious’ Mphoko 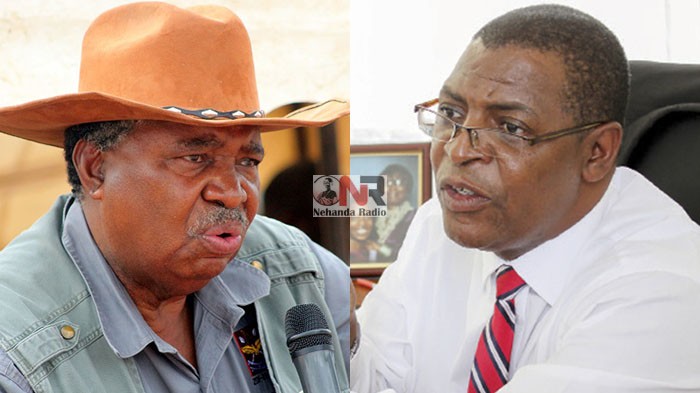 Professor Welshman Ncube has accused his former client and beleaguered ex-Vice-President Phelekezela Mphoko and his son, Siqokoqela of being driven by malice, confusion and desperation when they caused the issuance of summons claiming he allegedly squandered part of the US$2,9 million they got as shares from Choppies Enterprises after they exited the company.

The Mphokos wanted Prof Ncube to pay them about US$1,5 million being the outstanding balance of the money they received as shares from Choppies including a five percent interest calculated from 16 January 2019 to the date of full payment.

Prof Ncube, however, seems to suggest that the allegations were either a sign of confusion and desperation or a calculated ploy to tarnish his image through falsehoods and abusing court process to achieve their malice-laced objectives.

Through his lawyers, Webb, Low and Barry Attorneys, Prof Ncube who was the Mphokos’ lawyer in their shareholding legal battle for Choppies Enterprises after they were bought out of the business argued that he was dismayed by the manner that the Mphokos were twisting the facts to suit them while dragging his reputation through the mud by misrepresenting the truth.

He argued that he was still bound by the agreement that they had after their meeting in Harare when the Mphokos advised him not to deal with the debtor — Choppies in any way in connection with the debt as they were in full control of the matter.

He, through his lawyers, refutes handling and squandering any money paid to the Mphokos by Choppies saying they clearly expressed the desire and wish to be the sole point of contact in the matter and he complied.

In papers written by Webb, Low and Barry Attorneys to the Mphokos’ current lawyer, Mr Zibusiso Ncube of Ncube and Partners Legal Practitioners that the Sunday News is in possession of, Prof Ncube’s lawyers said their client was in no way indebted to the Mphokos.

“We write on behalf of our client, Professor Welshman Ncube trading as Mathonsi Ncube Law Chambers, who are the defendants in the said suit, to express our grave concern and dismay in the manner that you have proceeded in this matter.

“Your decision on behalf of your clients, to cause to be issued process in a debt collection against our client, when you are fully aware that our client is in no way indebted to yours as your clients have in fact entered into a payment plan with the true debtor to discharge the indebtedness to your client,” reads part of the response by Professor Ncube’s lawyers.

They argued that they were convinced that the Mphokos were driven by other reasons in their actions other than the settling of their matter with their debtor as their debtor had in many occasions acknowledged his indebtedness and pleaded for more time to settle what they owe.

“You also communicated with us that you had reached an understanding and settlement of the matter with the debtor and advised that our client was accordingly out of the picture in the matter as you would look to the debtor for the due payment of the debt to your clients,” argued Prof Ncube through his lawyers.

His counsel said they were taken aback that without any notice to them or Prof Ncube, the Mphokos proceeded to issue summons against their client in respect of a debt that they were fully aware was owed by someone who had received money belonging to the Mphokos following specific written instructions that the monies be paid to them.

He said it defied logic why the Mphokos decided to issue summons to him instead of proceeding with litigation against the debtor after they failed to meet the deadline and asked for an extension of time to pay.

“The above conduct is unethical, unprofessional and calculated to cause irreparable damage to the good name of and reputation of our client. We therefore highlight the lack of professional courtesy and ethics in the manner and circumstances in which you caused the summons to be issued.

“On Monday, 9th December 2019, your office went to the High Court registry and had, as per practice, one copy of the summons date stamped and given a case number to enable you to go to the payment office to render payment for issuance of the summons.

“You did not proceed to make any payment, nor did you return to the registry to produce proof of payment but left the High Court without any process having been issued and circulated to the media copies of the single copy of summons which have the date stamp of the registry and allocated case number,” reads the response suggesting that the intention was to maliciously feed the media with falsehoods to injure the reputation of Prof Ncube.

The Mphokos exited Botswana-based Nanavac Investments, trading as Choppies Supermarkets Zimbabwe, in January after offering to be bought out of the company to end a protracted ownership wrangle and it was in the dispute that Prof Ncube was the Mphokos’ legal representative before their relationship somehow turned sour, leading to them suing him. Sunday News

Clinton Siniwa: Sex sells… but not in Zimbabwe