Chafa on the verge of history 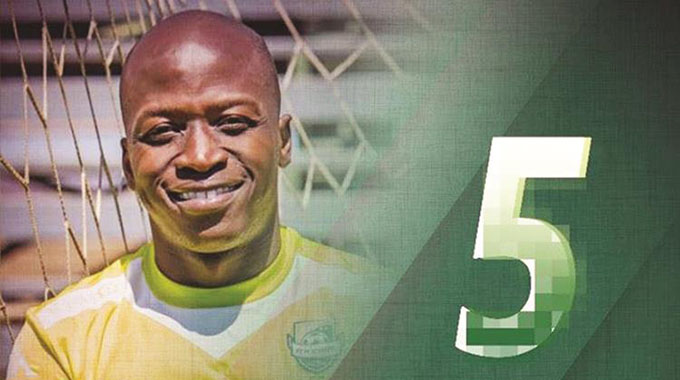 The former Warriors player will celebrate that rare feat if his club avoid defeat against his former paymasters CAPS United in the championship decider at the National Sports Stadium tomorrow. Interestingly, Chafa’s last league crown was with CAPS United in 2016.

He won his sixth title at FC Platinum last year when he joined them from Makepekepe.

Only in 2015, when he was at How Mine and 2017 when he was at CAPS United, has Chafa failed to win the championship since he moved to Dynamos from Kiglon in 2011.

But Chafa knows the task ahead of his team against CAPS United is not an easy one.

“The most important thing is that we managed to seize the initiative by beating Black Rhinos on Wednesday, coupled with a loss for CAPS United,’’ said Chafa.

“It’s in our own hands now.

“We are a team playing at the highest level in African football. We have what it takes and it’s a big game. “But we have to take note of the calibre of the team we are facing in the decisive game. “CAPS United are not just another team in the Premiership, they are a massive club with a lot of hearty followers.

“It will be a monumental mistake on our part if we approach this match eyeing a draw. Of course, a draw will be enough for us but we cannot afford to relax against CAPS United.”

Though a draw will be enough for FC Platinum to lift the league title tomorrow, Chafa said they need to attack from the first whistle.

“We need to go there, concentrate on the game and attack. The best way for us to win the championship will be winning this match against CAPS United.

“If we make that mistake to try and be defensive, we risk to melt under their attacking prowess.

“I have played with virtually the entire CAPS United squad. They are good players and know what to do to win crucial matches like the one on Saturday.” The Herald