HIGHLANDERS man of the moment Prince Dube says winning Chibuku Super Cup on Saturday is a dream that came into reality. 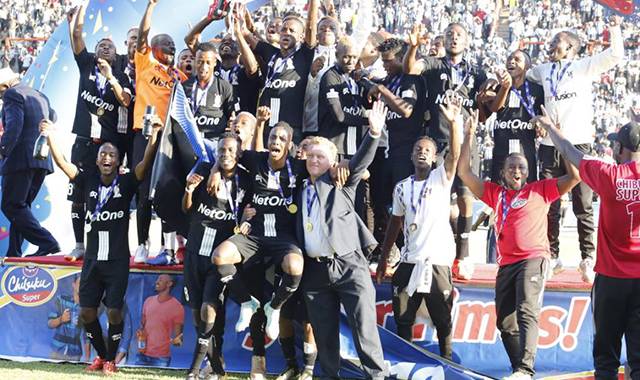 Bosso defeated Ngezi Platinum 1-0 to clinch their first major cup since 2015 when the won the Easycall Cup.

Dube was the hero of the day after he shot from long range to beat Nelson Chadya who was in goal for the 2016 winners.

However, there is controversy surrounding the goal which hit the cross bar and ground before bouncing back into play with assistant referee Salani Ncube judging that it crossed the line.

Methembe Ndlovu marries one of the world’s richest women…

“It was my dream to win such cups and today (Saturday) the dream came true. I have been scoring throughout the tournament and it means a lot to me but I want to give a credit to my teammates, we always support one another and work together as a team.

“Winning this title is what we wanted as Highlanders family. It was one of our targets this season. We have been playing to win this cup and I can say that our dream came true.

Prince was on target for Bosso throughout the Chibuku edition and the Saturday goal took his tally to four. H-Metro