CAPS UNITED coach Darlington Dodo didn’t have any second thoughts on who to play in goals in yesterday’s Harare Derby against bitter Premiership football rivals Dynamos at the National Sports Stadium as soon as Tonderai Mateyaunga was certified fit on Thursday. 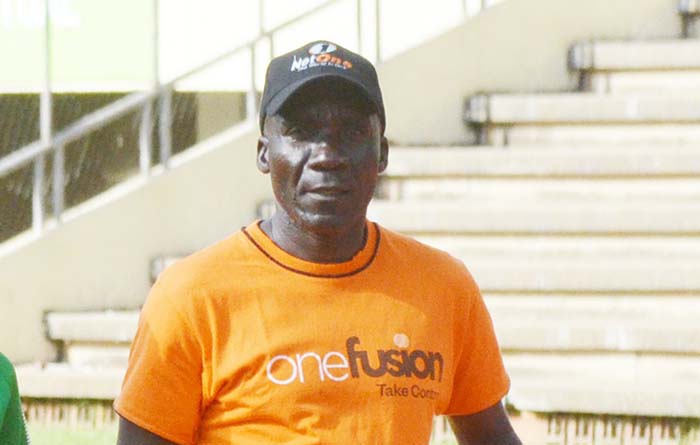 The former Dynamos goalkeeper was a huge doubt to face his old club after suffering an injury in the team’s last game against Yadah.

But after completing his physiotherapy on Thursday and training just once with the team, Dodo had no doubt the 26-year-old would deliver in the big Derby which the Green Machine won 1-0, thanks to Newman Sianchali’s first-half header.

The log leaders have been playing some good football but the goalkeeping department has always been their Archilles Heel.

Prosper Chigumba has been a huge disappointment, conceding too many soft goals for a goalkeeper worth playing for such a giant club.

His understudy Chris Mverechena hasn’t helped matters either, failing to command his area in the few occasions he has been given the nod.

And Dodo has put his trust on Mateyaunga, who yesterday played a big part in delivering the huge result for Makepekepe.

As Dynamos piled on the pressure in the second half searching for an equaliser, Mateyaunga stood firm and immovable between the sticks.

He probably made the greatest save seen at the National Sports Stadium in recent years.

Dynamos striker Evans Katema picked a loose ball in the midfield, dribbled past a thicket of bewildered CAPS United defenders before launching a howitzer towards goal.

He was virtually wheeling towards the corner flag to celebrate his 13th goal of the season.

But somehow, Mateyaunga activated some spring in his body, stretched to his right with unbelievable elasticity to stop the ball.

But veteran Edward Sadomba was lurking inside for the rebound which came right to his feet while Mateyaunga was still sprawling on the turf.

The Dynamos captain volleyed the ball with his left but not before Mateyaunga had recovered to thwart the effort.

“I knew we had won the game as soon as I made that save. That was going to be the equaliser for them but I had to put my body to the wall to save the team,” said Mateyaunga.

“I thought I had made a one-touch save but the gloves let me down. I had to recover quick enough to repel the rebound from Sadomba.”

Mateyaunga said Makepekepe needed to win their last two games against Ngezi Platinum and FC Platinum to be crowned champions.

Dodo believes Mateyaunga can be a great goalkeeper due to his character.

“We had written him off after he suffered that injury. But the way he fought to be back in no time and the courage he showed once he was back in training made us feel that he is the man.

“He is one key component that made our day against Dynamos,” said Dodo. The Herald

Zupco hits half a million mark