“Death is a thief”, is a common expression, and most of the time it has ripple effects on a community. When it occurs, people gather for a few days to process the death and reflect on the purpose of life. 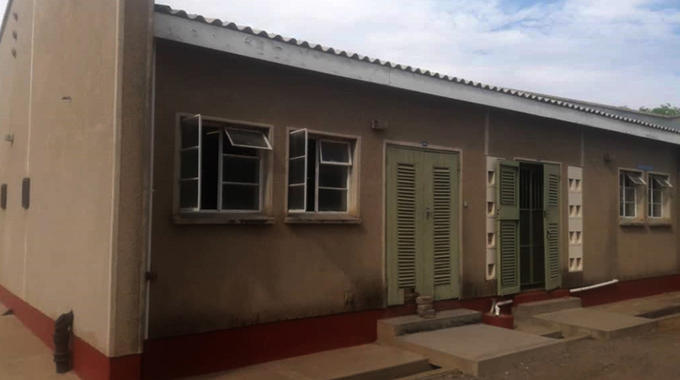 However, for the 250 000 Beitbridge folk, gathering at a funeral wake for many days is fast becoming impossible after authorities at the sole referral hospital suspended mortuary services on Monday. The mortuary carries 30 bodies and is usually full.

Private mortuaries charge high fees, so people are forced to bury their loved ones soon after death.
Hospital authorities say the closure of the mortuary was necessitated by power shortages which have seen the institution and other key points in the border town going without power for almost 18 hours daily.

Plans to use a generator crumbled because of high fuel costs and shortages.

It is estimated that the town’s population has been growing by 10 000 people annually because of its economic activity and proximity to SADC’s economic powerhouse, South Africa.

The Herald also understands that the Registrar of Births and Deaths processes between 50 and 60 burial orders monthly around Beitbridge.

A further 400 are processed for those who would have died in South Africa and those intended for burial in Beitbridge district will use private morgues that charge anything between R2 000 and R4 000 for mortuary services.

Additionally, the 140 bed hospital with four medical doctors and over 80 nurses plays a referral role for 17 clinics and caters for the 15 000 people in daily transit, some of whom fall ill or are involved in road accidents as they pass through the town headed for various destinations.

Though the town has been growing rapidly, its facilities mainly social amenities, have not been upgraded to meet residents’ needs.

The health institution is strained in a number of departments. At some point, the hospital was hosting over 40 new mothers in a pre-natal facility.

Beitbridge paramount chief Vho Stauze (David Mbedzi) said the situation at the hospital was heart breaking.
“It’s a really bad move,” he said. “It’s devastating. Our district is very hot and we will really find it impossible to deal with this issue.”

“You will note that we have different social classes. There are those who have the means to take their relatives’ bodies to a private mortuary and those who can’t.”

“Considering our current state of economy, it will really be hard to overcome this challenge. Now people have to bury relatives minus other members and with respect to those who die in accidents, the situation becomes very complicated.”

“I am calling on the Government and other stakeholders to assist in providing us with affordable power like solar energy. Our people need a proper send-off because people will be forced to bury the deceased on the very day of death or a day after. In most cases, their children would be outside the country.”

“Women, mostly the elderly bear the brunt of this calamity when it comes to raising funds for private parlours and other burial logistics, especially in a rural set up,” she said. The Herald

Power supply to improve after Eskom agrees to payment plan