Chaos broke out at Beitbridge Border Post yesterday when a mob of cross border drivers attempted to burn a Toyota Quantum carrying the body of a gang leader accused of unleashing a reign of terror against them in Musina. 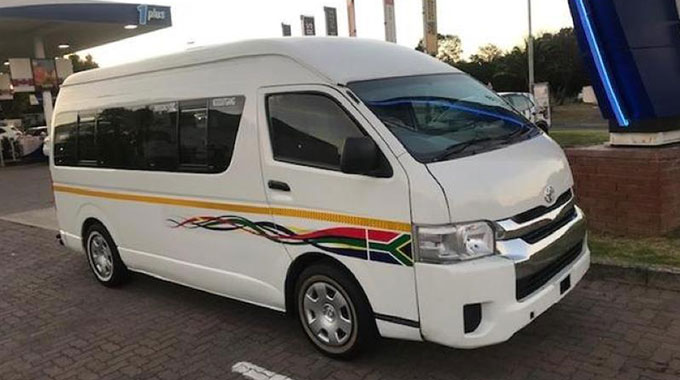 Border authorities had to call anti-riot police to quell the potentially volatile situation.

According to security sources, the body of Knowledge Mukachana (32) was being transported to Chief Chimombe area in Gutu for burial.

“The man was notorious for robbing Zimbabweans and other travellers near a checkpoint 2km before Musina town. Unfortunately he was stoned to death by a mob on Monday after he attempted to rob some motorists heading to Zimbabwe.

“So when he arrived here, some of his victims wanted to set the vehicle carrying his body on fire and anti-riot police had to be called in to escort the body to a safe zone,” said an official with the Ferret Squad.

The Ferret Squad is made up of various security agencies including the police who are charged with enforcing security at the country’s ports of entries.

According to the official, Mukachana was notorious for robbing his fellow countrymen and in most cases travelled in a Toyota Wish.

“Many cross border traders lost huge monies to him and his gang hence they wanted to burn him to ashes. In some cases, transporters lost clients because the victims thought the transporters were conniving with the deceased and his terror gang,” said the official.

The officer commanding Beitbridge chief superintendent Tichaona Nyongo said he was yet to get details on the incident.

“We only heard about his death in South Africa and we are yet to get finer details on the matter,” he said. The Chronicle