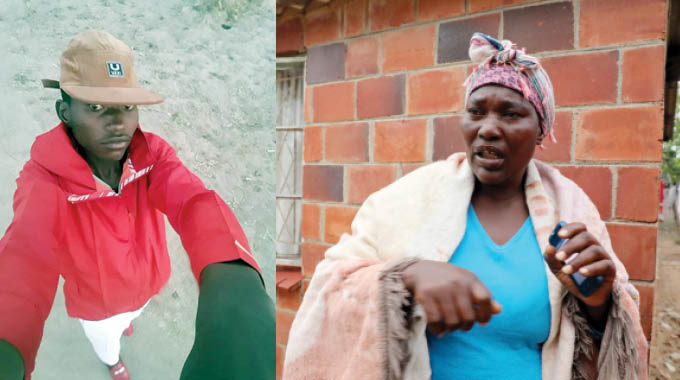 By Thandeka Moyo and Nqobile Tshili

A prophet (19) at 12 Apostolic Faith Mission Church drowned on Sunday morning during a baptism ceremony while trying to save a congregant who had slipped into the water.

Gift Dube, who was in Form Three at Amhlophe High School in Bulawayo, had moments earlier, prophesied that someone was going to die in the water on the day.

He drowned in the presence of his mother who is also a member of the same church. The tragedy occurred in a sewer-filled stream that runs into Khami Dam.

In an interview at home in Old Pumula suburb yesterday, the deceased’s mother, Mrs Thobekile Dube, said her son died a painful death.

Mrs Dube said his son had prophesied that if congregants were not vigilant in prayer someone was going to die.

“He was an evangelist in the church and a prophet who used to guide us during church proceedings. We had gone there for the baptism of three new converts.

“He led the prayer session until he said each and every one of us should find their place where they should pray alone, telling God what is in their hearts. He also warned that the waters had dark spirits hence they should pray because someone could remain (die) in the water,” said Mrs Dube.

She said as he was praying, one of his cousins slipped into the water and Gift drowned while attempting to rescue him.

Mrs Dube said other church members fell in a trance and only recovered when Gift had drowned.

“The boy whom my son tried to rescue was saved by another congregant who threw a stick towards him and ordered him to grab it while she pulled.

“It’s not clear what happened before that, it’s as if we had lost our memories. I saw my son drowning in the water with his arms stretched open. That’s how he drowned,” said Mrs Dube.

“What is shocking to me even up to now is that the police sub-aqua unit retrieved him from the shallow end of the stream. His body was still upright instead of floating sideways.

“His feet were still warm as if he was still alive. Police even suggested that I rub him under the feet. He had no water in his stomach, the only visible change is that he was now dark on his forehead. My son was gone just like that.”

“We received a report whereby a 19-year-old boy who was doing Form Three at Amhlophe High School drowned during a church service. He was a prophet and was in the company of church members intending to conduct a baptism ceremony. He was the first to get into the water intending to anoint it and while in the water he lost control and drowned instantly.”

She warned members of the public against risking their lives in water bodies.

“We are saddened about such carelessness and we urge religious leaders to ensure they do not endanger the lives of people in water sources. Now that the rainy season has started, members of the public should desist from attempting to get into water sources for whatever reason as they risk drowning especially if not monitored by professionals,” she added. The Chronicle

Chinyoka on Tuesday: We complain too much: Zimbabwe is great

Prophet ‘rapes’, impregnates two teens. . . Cohabits with them at his lodgings