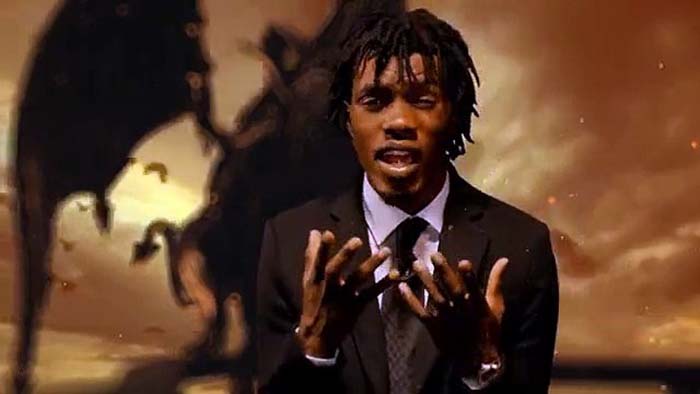 Enzo Ishall, who rose to prominence in Zim dancehall scene with his Kanjiva song last year, has been blasted on social media over his latest offering, Highest Score.

Fans have lately been divided after some have been appreciative while others were not happy over the chanter’s new singl, which has an accompanying video.

Prophet Passion Java who sponsored R1 Million for the video has been accused as the man who is going to cause Enzo’s downfall.

Efforts to reach out to Enzo for comment were fruitless as he ignored calls.

He did not reply questions sent to him via WhatsApp even though they were blue-ticked.

However, in another interview Fantan Chillspot Records music producer he said the song is meant to show Enzo’s other strengths as an artiste.

“Enzo have recently dropped a single Mhamha which has been doing well, it is a jiti song which shows he is not bound to be singing in one style.

“Highest Score displays versatility in Enzo as a musician, as an artiste one has to try a lot of things for the art not to be boring,” said Fantan.

Fantan said the video was just like a horror movie there is nothing more to it.

“People have been criticising saying the video was illuminate but it is more like a movie, just changing styles.

“In the video Enzo was just portraying a prayerful character apo panorohwa munhu nemadzikirira he had to stand out tall.

“The script concept was done as per the budget by Enzo and the Mugarden Video producers, what Enzo has done is something that has never been done before.

“They are a number of artistes and producers who feel threatened such that they have been inciting hate amongst fans, fact is they have not reached the level Enzo has reached in a short space of time in his career,” he said.

The Kanjiva producer said he see no bad in Passion helping Enzo as many have been saying Passion will be the reason Enzo’s career won’t go far.

“I don’t think vanoti Passion achapedza Enzo vari right here because Passion does not write or produce beats for Enzo so, how is that possible?

“Passion is just helping Enzo from the Mhamha video Passion had to spend money for the video and the recent video as well it’s all Passion.

“I think people just hate Passion and everyone he associates himself with but he is a good person and his wish is to see ghetto youths prosper,” said Fantan. H-Metro