Financial services provider, Getbucks Microfinance Bank Limited, indicated it has adequate capital to post yet another set of good financials following sound performance for the half year to June 30, 2019. 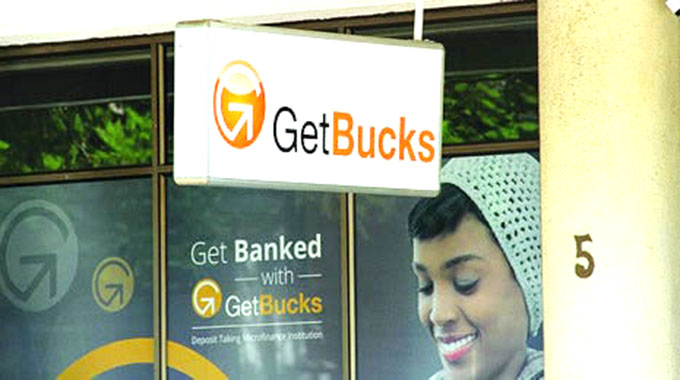 The latest financials show the company is well capitalised with a net equity of $27,6 million, way above the minimum regulatory threshold of $5 million for micro-finance banks. Capital position in prior year comparative was $17 million.

“With a capital adequacy ratio of 67 percent against a minimum regulation of 15 percent, the bank is well positioned to continue its growth trajectory,” said group chairman Rungano Mbire in a statement accompanying the results.

Impetus behind sound capital position was the acquisition of fixed property, a strategy which further impacted the achievement of sound financials.

“The capital preservation strategy to purchase fixed property went according to plan and helped boost the bank’s results,” he said.

Total assets grew 100 percent to $63 million against $31 million in prior year comparative on the back of an improved loan book of $37 million compared to $22 million in 2018. The loan book increased due to a rise in borrowings to $24 million from $11,6 million in 2018 comparative.

Investment property increased to $12,9 million for the period under review against $0,5 million in 2018. This was attributable again to the acquisition of property “as a hedge” to preserve value.

Profit after tax rose to $11,4 million from $4,5 million in prior year comparative due to “higher fees and commissions on loans” that rose to $7,5 million compared to $4 million in 2018. This resulted in turn from increased loan sales and fair value gains on investment property of $8,5 million.

Higher fees and commissions on loans were harnessed as a reactive move given the inflationary operating environment as well as revised overnight accommodation rates.

“The bank has responded by rolling out a low-cost business model ensuring that technology is used to service customer requirements. The cost of funding has increased as financiers seek to maintain the value of their money in response to increased overnight accommodation rates that were set at 50 percent per annum and recently increased to 70 percent per annum,” said Mr Mbire.

Over the period, the bank introduced some products to tap into new clients and generate new revenue streams going forward. These include the commencement in July 2019 of the bureau de change and envisaged new products.

“The launch of our retail offering continues to be an important aspect of the business and is expected to generate new revenue streams.

“The Bank will focus on using technology to deliver these services and embedding its products with various retailers and service providers.

“The provision of financial services using technology continues to be the core focus of the Bank. The Bank is poised to roll out services through a low-cost agent model and take advantage of the opportunities arising from market liberalisation of the foreign exchange market,” said Mr Mbire. The Herald

A Beautiful Beast, a Warlike Warrior