The Castle Lager Braai Day that was held at Bulawayo’s Sports 747, brought cheer to scores of revellers as they got time to let loose on a hot Saturday afternoon. 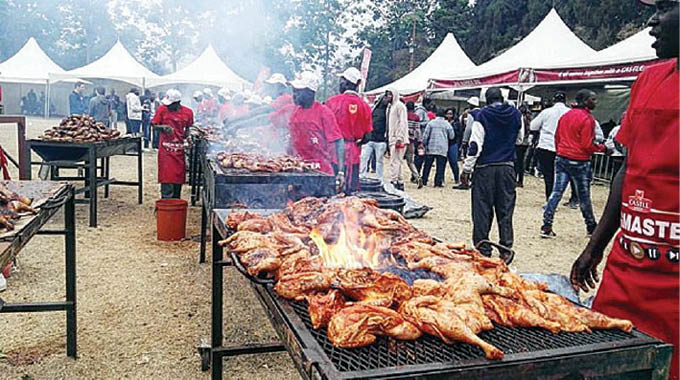 Festivities at the joint that’s some seven kilometres from the city centre, started at 2PM with various DJs serenading the crowd.

The catch was that the lager was at ‘pump price’ hence many people thronged the joint to drink the afternoon and evening away as many people can no longer afford the prices of beer.

There were many people carrying one litre cups to drink Castle Lager which was served from the draught machines.

Many revellers could however not afford braai meat as the cheapest braai pack was selling for $60.

The serving points for alcohol were many thus reducing congestion but the parking area was too small forcing some motorists to park their cars outside the venue.

Some individuals took advantage of the desperate motorists who could not find parking inside the venue to charge them parking fees.

It was however a memorable night with the local DJs Keitho, Dominic, Eugy, Cue Movement and Black Ice entertaining the revellers with old and new tracks. The new music craze Amapiano was the toast of the night.

Last week, the braai fest was in Gweru and this coming weekend it will be in Masvingo. The big one will be in Harare at Old Hararians Sports Club on October 25. The Chronicle