A CHITUNGWIZA sangoma claims local pastors and prophets flock at his shrine for juju powers along with slay queens who are looking for big shots and riches. 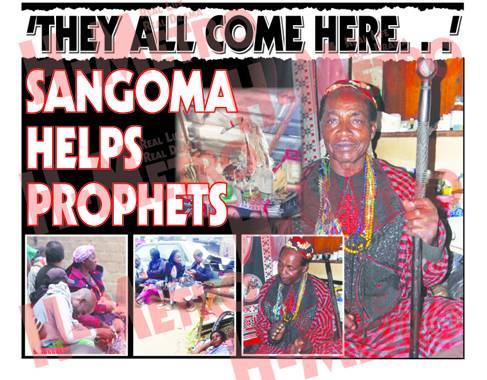 Sekuru Amos Kafera – popularly known as Sekuru Kafera – revealed how he uses his goblins to help church pastors, slay queens, business executives and the afflicted during a visit by H-Metro at his shrine on yesterday.

Who is a slay queen?

A look at characteristics of slay queens

“They want juju so that they prophesy in their churches, mushonga wacho wandinovapa ndinoiwana pa bere (hyena), ndovaisa pa huma nekumeso, and then they start prophesying in church revealing details of their people,” Sekuru Kafera said.

He also claimed that ‘thigh’ vendors were among some of his clients who depend of his powers.

“Ladies of the night frequent here looking for juju so that when they go and get naked and make lots of money,” he said.

Sekuru Kafera claimed some of his clients travel as far as South Africa to work in hotels making money and then come back driving cars.

The sangoma said those in shaking marriages were also frequenting his shrine.

“The entire juju I posses is from Malawi where I come from, if any woman whose husband has left her, she must come to me and also if a man is ditched by his wife he must come to me,” he added. 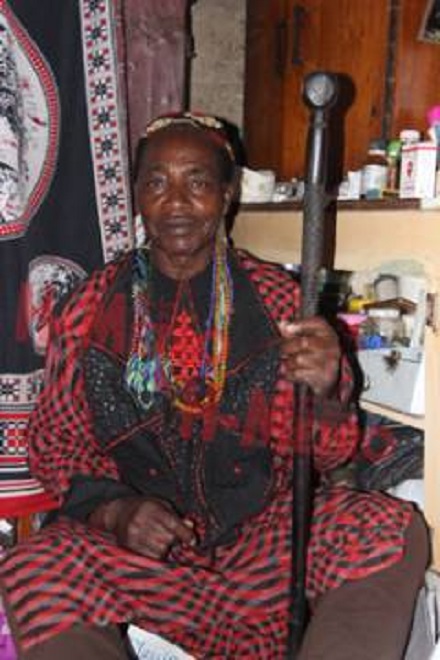 “I assist at least 150 people in a day, as you can see, I don’t sleep, and I woke up early in the morning to help my clients,” he said.

Sekuru Kafera also revealed a popular tale that he ‘resurrected’ his nephew named Watson in Mufakose who had been dead for four days.

“Yes, Watson had been dead in a coffin, I gave him a 2 litre drink and he woke up,” he added.

The Chitungwiza sangoma took time to show the H-Metro crew the alleged goblins and spiritual artifacts at his shrine where a lot of people were queuing for their turn. H-Metro

Who is a slay queen?

A look at characteristics of slay queens