Businessman shoots self in food shop

A Kadoma businessman accidentally shot himself on his left leg while having lunch at a food court in Chinhoyi on Tuesday. 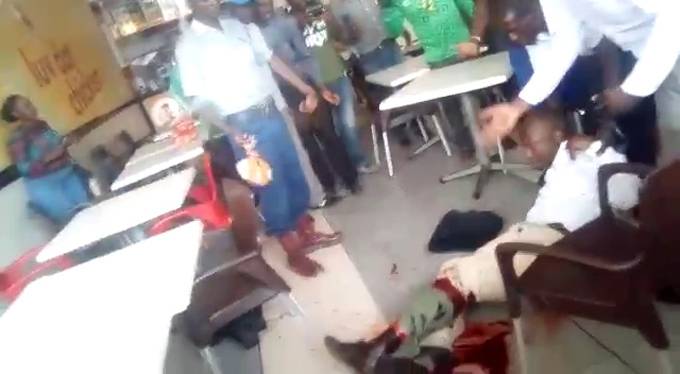 James Marsha Machakaire, 40, distracted dinners at a food court when his pistol placed in his satchel accidentally discharged and injured him.

Some of the dinners scurried for cover when they heard the gunshot shouting for help as they tried to figure out where the noise had come from.

A pool of blood covered part of the floor as Machakaire remained seated in a chair and police detail quickly responded and controlled the situation.

National police spokesperson Assistant Commissioner Paul Nyathi confirmed the incident urging people who use fire arms to adhere to rules and regulations of the firearms or risk losing them.

“The Zimbabwe Republic Police is investigating a case involving a Kadoma businessman who had a pistol in his satchel at a food court in Chinhoyi on Tuesday,” said Ass Comm Nyathi.

“The pistol is reported to have discharged and shot his left leg.

“Police are investigating the case to establish the cause of the mishap.

“We are urging people who have the privilege to use fire arms to adhere to rules and regulations of firearms,” said Ass Comm Nyathi. H-Metro

‘No choice’ but to launch impeachment probe: Pelosi