Express Links Money Transfer has sounded out a final call for its customers as its Sign Up, Transact & Win competition nears its 30th September deadline, with the day of the draw announced by the firm’s CEO Peter Pembere.

The competition which has been running for two months will conclude on Monday 30th September 2019 with a live draw announcing the winners airing on ZimboLive on Friday 4th October, bringing a climax to a thrilling competition that was sprinkled with various pop-up promotions and prizes running alongside the competition.

“Our Sign Up, Transact and Win competition has had an amazing run and the response from our new and loyal customers has been overwhelming and this is to announce that there is still time for new entries to enter the  competition as it nears its conclusion,” said Pembere.

“We have had quite a busy year and our new customers stand a chance to win a plane ticket to Zimbabwe and up to USD300 spending money.

“The draw will be hosted Live on the Woza Friday show by our brand ambassador King Alfred on the ZimboLive platform and we wish everyone all the best.”

The Sign Up, Transact and Win competition is open for new clients who sign up for Express Links’s money transfer service on either the mobile app or the website www.expresslinksintl.com , and transacts a minimum of £30 to become eligible for the competition.

Express Links has over a decade of experience and offers various financial services such as money transfer from the UK to various destinations such as Zimbabwe, South Africa and Zambia, among others, offering an efficient and safe same day service with cash collection points all around the region.

The financial services firm is also actively involved in goodwill initiatives and social responsibility programs. Earlier this year they partnered with Diaspora Funeral Cash Plan to donate goods and funds worth thousands to people who were affected by the devastating Cyclone Idai which displaced many people, with Chimanimani and Chipinge being the hardest hit areas. 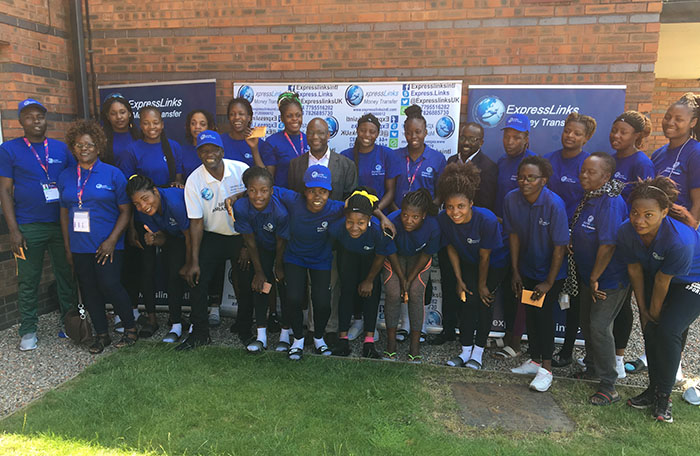 They also take part in promotion of national and community causes and were one of the major sponsors of the Zimbabwe National Netball team, the Zim Gems, during their historic debut at the Netball World Cup, providing the team with cash allowances during their campaign in the UK.

Express Links, who do a lot of work in communities were also very prominent in the arts and culture circles as they headline sponsored Zimfest Live 2019, Mzansi Fest, Women In Gospel Show, Y2K Samafest, among others throughout the year.

Eddie Cross: I think it is time to go back to basics in Zimbabwe