Listed wine and spirits maker, African Distillers Limited (Afdis), has secured US$22,5 million from the Reserve Bank of Zimbabwe to facilitate payment to one of the company’s major foreign suppliers. 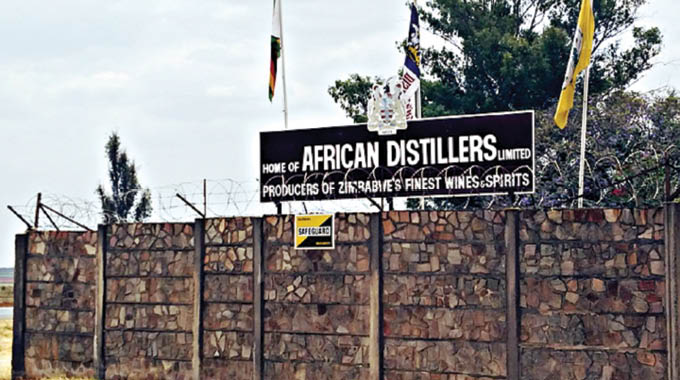 In a statement accompanying the firm’s financial results for the full year ended June 30, 2019, Afdis chairman, Mr Pearson Gowero, said the facility was advanced to ensure continuity of the company.

“In order to ensure business continuity, the Reserve Bank of Zimbabwe (RBZ) provided a facility to one of the company’s major foreign suppliers amounting to US$22,5 million in line with the Exchange Control directive RU 28 of February 22, 2019,” he said.

Owing to major monetary and fiscal policy announcements such as the separation of foreign currency accounts into RTGS$ and domestic Nostro FCA at a rate of 1:1 by the monetary authorities, Afdis registered a significant effect on trading and operating environment.

The company registered a volume growth of 17 percent on prior year largely from the first half to December 2018.

“Spirits increased by 21 percent, Ready-to-Drink (RTDs) by 18 percent, while wine registered a decline of 10 percent.

On financial performance, he said, during the period under review Afdis recorded an increase in revenue and operating income, registering growth trajectories of 98 percent and 257 percent respectively.

The significant increase in operating income was as a result of volume surge, supply chain cost management and inflation-driven price adjustments. The Chronicle

Man gets 10 years for copper theft