These are five cars that flamboyant Mpumalanga, South Africa-based businessman Sam Mshengu said he counts as the favourites. While their combined cost may be staggering, they are not the only toys that Mshengu, an adrenaline junkie that spins around his US$77 000 convertible on the street like it is a regular “gusheshe”, has in his garage.

Despite his love of cars, Mshengu is also scornful of some of his slower moving metallic beasts.

Although he was to later claim that some of the cars were not his, Mshengu made the whole of South Africa stand up when he led a 72-car convoy to Durban July, hogging the limelight during the glitzy event that attracts South Africa’s bold and beautiful.

It was this obscene display of wealth at an event that thrives on the exhibition of the obscene that aroused the suspicions of authorities. Since then, they have been sniffing around the life and wealth of Mshengu. Rumours said that South African crack investigative outfit, the Hawks, had found out that Mshengu was allegedly a Zimbabwean who had fraudulently acquired a South African ID. 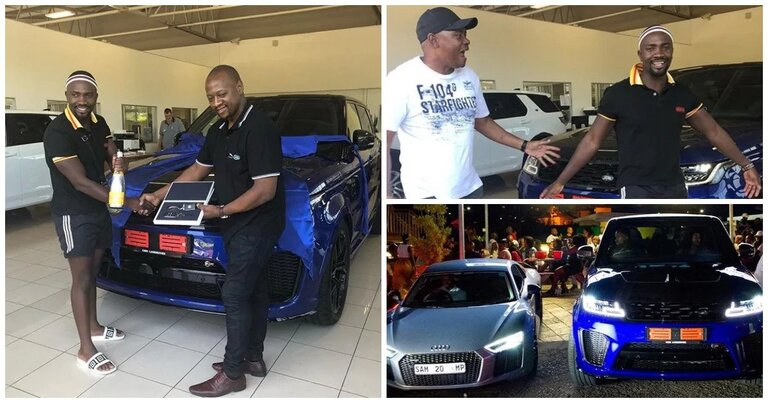 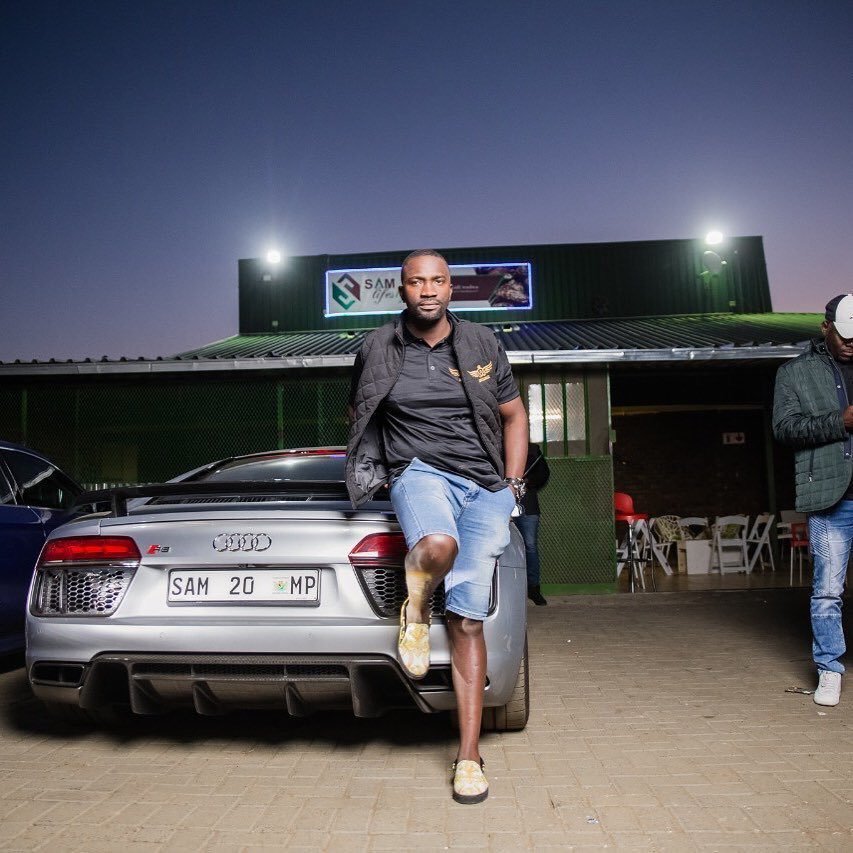 “We found out that the accused first got his ID book in 2015. When home affairs wanted to find out his parents’ details and IDs, the accused labelled a certain lady as his mother. But the lady denied knowing him and her ID book got stolen in 2015. He also labelled two people as his brother and sister but they all denied knowing him or being his siblings,” Hawks spokesperson in Mpumalanga Captain Dineo Sekgotodi said.

After the discovery of his alleged crime, Mshengu had allegedly tried to bribe his way out of the confrontation with law enforcement officers, offering R50 000 and R100 000 for the charges to disappear.

“After the home affairs investigation and the accused promised to pay money, the Hawks were called where the transaction was to take place. The accused was searched and an unlicensed firearm and ammunition were found in his possession,” Sekgotodi said.

His arrest, and a bout of food poisoning while in prison last week, represents a spectacular and sudden fall for Mshengu who for the last few months has been toasting it up as one of Mzansi’s brightest in a country trying to champion black empowerment and success.

However, while he only began attracting the attention of the wider South African public after his Durban July convoy stunt, Mshengu has been on the radar of wealth admiring social media users for a while. Together with Zimbabwe’s Genius “Ginimbi” Kadungure and Jabulani “Cashflow” Ngcobo, who was earlier this year sentenced to a six-year jail term for several accounts of fraud, Mshengu has become one of the most followed young moguls on Instagram.

Almost daily, Mshengu’s 211 000 followers were bombarded with images of his flamboyant and highly expensive lifestyle. Designer suits and shoes, trips to exclusive game parks and resorts and pictures of his extensive fleet of trucks were a staple for his ever growing number of followers.

Despite the seemingly expensive lifestyle displayed regularly for his admiring flock, Mshengu urged young wannabe entrepreneurs to shun the big city life and its trappings.

“Save the little that you have, use you money wisely and one day you’ll see growth. Leave those champagnes and girlfriends, they won’t take you anywhere,” he said.

The “assault” on Mshengu and his wealth comes amid the xenophobic attacks on foreigners in that country and some have rightly questioned if the Hawks throwing the book at Mshengu is just an example of xenophobia hiding behind law enforcement.

Such cases have a precedence. Zimbabwean TV and radio personality Tich Mataz was similarly stripped of his assets after spates with South African immigration authorities in the late 90s.

Some have begun to wonder if this could be happening all over again with the trucking magnet. For his part, Mshengu was adamant that he is South African born and bred, claiming he is from Venda despite that Tshabalalas, from where the totem Mshengu comes, are mostly natives of Kwa-Zulu Natal.

“Look, I have quite a sad background. I grew up in rural area called Makwarela Bay in Venda raised by a single mother, I mean single parent,” he told Sampear after being asked to narrate his upbringing.

“My dad passed away when I was two days old because he was a soldier. He was shot and he died in DRC Congo. So I was raised by my mum. So that’s it. That was my background; it was a very difficult one I can say in short.

“I was raised by a single mother who was, I can say, was ill-educated. My mother never went to school. My life was quite bad like I never experienced quite a lot of things in my childhood. Like for instance I never hide that I don’t even have Matric, I never got the chance to go to Matric. I only did my primary level, left it along the way and started working for a white man. I started working at the age of 11 years.”

When he was growing up, Mshengu said, things were so tough they could not even afford food.

“The situation was very tough. We couldn’t have food at the house, I’m talking about food and I’m not talking about clothes. So there was a certain time when things were very tough, like my mother just told me that we don’t have anything to eat so I look and I felt like I must leave school and start working. So yah, I left school and started working at an orange farm in Limpopo. From then I didn’t have time to get back to school,” he said.

His work as a general farm hand had led to him discovering his true passion — trucking.

“Look, this guy who I was working for, a farmer, I have worked for him for quite a long time so what happened is that because I was a very good worker, he trusted me and from being just an ordinary general worker picking up oranges I ended up working in a workshop of his trucks. He was also a truck owner. So I started working with trucks, changing tyres learning to be a mechanic and doing all those kinds of difficult jobs.

“I got promoted and then I became a controller, telling drivers where to load, what to do and from then one day I was thinking that with the knowledge that I have I can start my own company doing the same business. It just came to my mind without even capital to buy a truck . . . so I registered my company called Sam Holdings and that was in 2014,” he said.

So far the charges against Mshengu revolve around his identity. Authorities are confident that the mogul, who is married and has a young family, is older than the 24 years suggested by his ID. Despite that, Mshengu, who dreams of one day bringing Formula One to South Africa, has in the recent past been at pains to point out that all his wealth was legitimately acquired.

“Everyone wants to know, how did Sam make his money? I know the world is listening now because of these people when they look at me now, they all have those bad thoughts and saying I could have gotten my money illegally,” he said. Sunday News