Mugabe to be buried in 30 days, at new mausoleum

The burial of Zimbabwe’s founding president, President Robert Mugabe , will be delayed for at least a month until a special mausoleum can be built at a prominent spot at the national Heroes’ Acre monument, the latest turn in a dramatic tussle between his family and the country’s current leader, a once-trusted deputy who helped oust Mugabe from power.

The decision to build a new resting place for the ex-leader, who died at age 95 in Singapore last week, came after consultations with influential traditional chiefs, Mugabe’s nephew, Leo Mugabe, told reporters. The announcement followed days of controversy over where he should be laid to rest, with Mugabe’s widow, Grace, insisting on a private burial rather than the state funeral and burial in a simple plot alongside other national heroes planned by the government.

“The construction will take about 30 days to complete,” Leo Mugabe said. “The burial will not take place until it is finished.” He said Mugabe’s body would be preserved until then.

“We are building a mausoleum for our founding father at the top of the hill at Heroes’ Acre,” Mnangagwa said on state television Friday night. “It won’t be finished, so we will only bury him after we have completed construction of the mausoleum.” 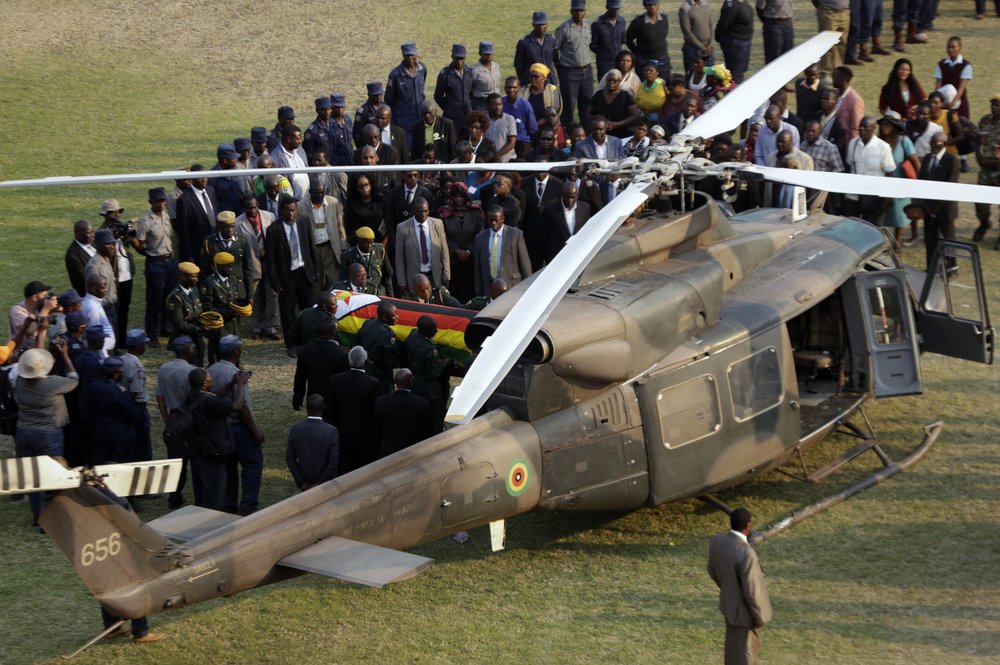 The Heroes’ Acre monument is reserved for top officials of Zimbabwe’s ruling ZANU-PF party who contributed to ending white colonial rule. Mugabe oversaw its construction with North Korean architects atop a prominent hill, featuring a towering sculpture of guerrilla fighters. There are about 130 national heroes buried there, each on a flat surface marked by simple black marble slabs. Mugabe’s first wife, Sally, is buried there and a space next to her had been reserved for Mugabe.

But Leo Mugabe said the deceased leader will not be buried next to his first wife. The Mugabe family and the traditional chiefs have decided that the mausoleum will be built at a spot, elevated above the other graves.

The wrangle over the burial highlighted the lasting acrimony between President Emmerson Mnangagwa, who helped oust Mugabe in 2017, and Mugabe’s widow, Grace, and other family members. Mnangagwa met with them to try to resolve the burial dispute and on Thursday said his government would respect the family’s wishes, adding they have “the full support of the government.”

Zimbabwe’s lively press has highlighted the dispute. “Betrayed Mugabe fights Mnangagwa from coffin,” declared the Zimbabwe Independent in a banner headline on its front page.

Meanwhile, Mugabe’s body was on view at Rufaro Stadium for a second day Friday. A stampede on Thursday injured several people trying to view it.

On Saturday, several African heads of state and other dignitaries were expected to attend a state ceremony at the National Sports Stadium.

Government officials earlier said that Mugabe would be given a state burial Sunday at Heroes’ Acre accompanied by a 21-gun salute, but Leo Mugabe said that will not happen.

“The private burial will be post-Sunday. … There are certain preparations that need to be done at Heroes’ Acre and those developments will take time. These developments are the specifications from the chiefs themselves,” Leo Mugabe said, adding that the family was happy with the decision.

Mugabe was a former guerrilla leader who fought to end white minority rule and led Zimbabwe for 37 years, from independence in 1980 until he was deposed.