GOSPEL songstress Fungisai Zvakavapano-Mashavave longed for a long time to tell the world about how she thought of the late former President Robert Mugabe after meeting him at his 81st birthday party. 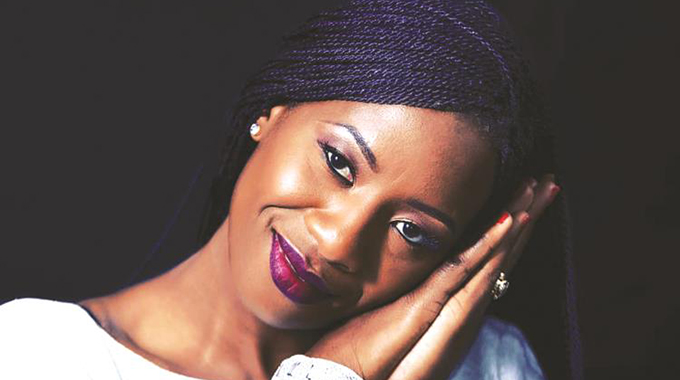 Fungisai, described late former President as a charismatic leader, who easily attracted respect and loyalty from those that had a chance to meet him personally.

She then dedicated the sound-track on the local movie “Chinhoyi 7”, “Ndeyemadzibaba” to the late veteran politician.

“He was so many things to a diversified public,” wrote Fungisai on her Facebook page.

“To some political fronts, he was no good, but to his own he was the best.To some he was a colleague, a ‘shefu’ or just a President or celebrity.

To Bona and her siblings, he was a father and to wife Grace, a husband. The list is endless.

“I can understand if others choose to label him a hero, a villain, a legend, whatever. I can only speak from my own experience, that is, a non-political perspective.

“To me he was this charismatic, warm-hearted elderly man, who easily attracted respect and loyalty from those, who got a chance to personally interact with him,” she said.

Fungisai said she first met the late former President at his 81st birthday party, and it was when she realised that he was “far from the monster caricature that was viral in our socio- economic and political surroundings”.

“The first time he shook my hand at his 81st birthday party, I wanted to explain to the world that the Robert Mugabe I met then was not at all that villain presented to us in politics and the media.

“In the few times I’ve been around him, he was a fatherly figure, who exuded a high degree of authority.

That kind of personality, which when he gave you a handshake, you would feel blessed and proud.

“It was even better for me because at some point as he was greeting his guests, extending only a handshake since the other hand was reserved for making the fist.

“He stopped at me, opened his fist and pet my shoulder while greeting me with the other hand. At the same time he called me blessed, and, indeed, I am blessed to date,” she said.

The celebrated gospel singer added: “He was that person you would feel like hating so much when you hear about him as a media topic, but he had some demeanour to earn him one’s repentance, admiration and loyalty at any chance of coming into personal contact with him.

“I don’t know his fate, but he was human, prone to mistakes, and that’s for the office of God to judge. “I will always envy him for the length of life God favoured him with. I’ve always wanted to be capped by him for my academic doctorate, but clearly, I am too late. “Fare thee well Cde President,” she said. The Herald

From Agent to Khama, it’s a heart-stopping tale